The upcoming Sony PlayStation 4 may have the ability to play games across multiple devices, including smartphones.

Sources talking to The Wall Street Journal claim that gamers with a PlayStation 4 will have the chance to play games against gamers on other devices such as tablets and smartphones. It’s not clear if this feature only applies to more casual games or if it will include more “hardcore” games as well.

Sony already has a similar feature on the PS3, but it only extends yo the Vita. Gamers playing on the PS3 can compete against other gamers playing the game on the Vita. This is a big feature in Sony games such as PlayStation All-Stars Battle Royal and the MLB The Show series as well as third-party games such as Ultimate Marvel vs Capcom 3. 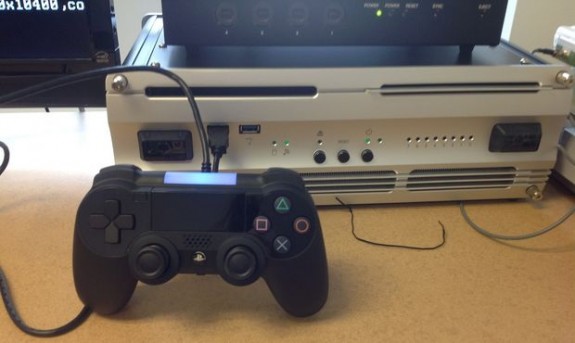 Sony also currently offers games for smartphones and tablets through its PlayStation Mobile service. The service is open to a small number of Android devices from Sony and partners such as HTC. It’s possible that cross-platform play will take advantage of the promise of the PlayStation Mobile suite.

The Wall Street Journal also talks about the social aspects of the new console. That paper’s sources say users will have the option to share achievements (or Trophies, if Sony keeps its current model) through Twitter and Facebook. The feature will let gamers share their accomplishments with the world, in case the world cares about such things.

The paper also says the rumored Share button on the PlayStation 4 will let gamers share videos to YouTube instantly. The feature could make it easier for gamers to create “Let’s Play” videos, assuming the PS4 will let those users record voice overs while they play.

While there is mention of YouTube, there is no mention of the popular Twitch.tv service which lets players livestream their games as they play them. The service is very popular among some gamers, but there is a big barrier to entry for gamers looking to livestream their console games.

Sony will announce the new PlayStation 4 console at an event in New York City tomorrow, Feb. 20 at 6 p.m. ET. The PS4 will likely come with a new controller that looks like the classic DualShock controller with a touchpad in the middle and what could be a PlayStation Move sensor on top.

The PS4 will likely come to stores sometime this fall around the same time as the new Xbox Durango from Microsoft.