Owners of Sony’s PS4 gaming console are in for a treat. After they’ve downloaded and installed the PS4 system update to version 1.60 they’ll be able to put on a set of wireless headphone and play their games with customized sound profiles that have been created by PlayStation game developers.

Sony announced that update in a post on the PlayStation Blog this morning. According to Sony, PS4 users will get 7.1 virtual sound and more as a part of the 1.60 system update. The new handset support isn’t specific to gaming either. The update will also allow users to voice chat with other PlayStation owners. 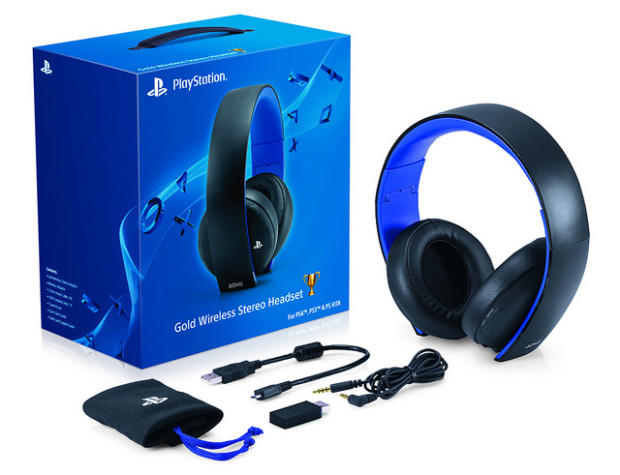 The company is celebrating the launch of wireless headset support on the PS4 with a new wireless headset of its own. Dubbed the PlayStation Gold Wireless Headset, users will be able to connect the $99.99 headset to their PS4 and get access to custom audio modes that were programmed by individual game developers themselves. The headphones will also feature built-in noise cancelling and a microphone so that users can voice chat with their friends over the PlayStation Network.  The headset will also come complete with attachments for using it with a PS3, computer or any mobile device that has a 3.5mm standard audio port like those on smartphones. Sony expects the PlayStation Gold Wireless Headset to last around 8 hours on a single charge.

Though today’s arrival of wireless headset support comes a bit later than some users would have liked, that Sony is introducing the functionality this early in the PS4’s life cycle is certainly a good sign. Both it and the Xbox One launched last fall and sold millions of units.

Unfortunately, users on both consoles can agree that they lack fundamental features that would have made their user experience a bit better on launch day. Users should start seeing a notification concerning the 1.60 PS4 system update sometime today. They’ll also be able to download the update from Sony’s website to a flash drive at some point soon.

For its part, the Xbox One doesn’t yet support wireless headsets, even though Microsoft and partners Polk Audio and Turtle Beach announced three wireless headphone accessories for the console last year.