Earlier this week, Sony finally unveiled the PlayStation 4 and announced the price, along with a collection of exclusive titles coming to the console.

Sony’s press conference didn’t feature as many big surprise exclusive or AAA games as Microsoft’s presentation, but it still had many exclusives to entice gamers. A few of those exclusives Sony already announced at the PS4 unveiled back in February, but some were brand new games.

To go along with the company’s big indie game strategy, Sony brought out eight indie developers to show games that will come exclusively to the PlayStation 4 alongside all of the big-budget games.

The first big surprise reveal for the PlayStation 4. The Order 1886 is the new game from Sony Santa Monica Studios and Ready At Dawn. The game takes places in Victorian London in 1886. The trailer makes the game look like a co-op steampunk adventure with the players fighting against some sort of supernatural creatures.

There’s no gameplay footage of The Order 1886, nor a release date, but the history of the two studios and the short trailer make the game look very promising.

The latest entry in the Killzone franchise, Shadow Fall is the obligatory shooter that will launch along with the new console.  The game takes places 30 years after Killzone 3, and lets the player shoot at Helghast who want to justify their existence. The game will also feature multiplayer of some sort, as first person shooters always do.

Killzone: Shadow Fall looks like a fun game with great graphics. It may not appeal to some, but so far it’s the only sci-fi shooter slated for the PlayStation 4 launch, with Destiny coming to the console (and the Xbox One) in 2014.

Drive Club was one of the first games Sony announced for the PlayStation 4 earlier this year. The game showcases the power of the PlayStation 4 with impressive looking cars and tracks. The game is presumably less of a simulation racer than Sony’s Gran Turismo games, with a focus on high-end cars.

Sony will give a version of Drive Club out to all PlayStation Plus subscribers at the launch of the PlayStation 4, giving everyone a chance to try the new game without paying full price.

The third game in the Infamous saga leaves Cole McGrath from the first two games in favor of a new conduit who goes by the name Delsin Rowe. Delsin is a graffiti artist that possesses smoke-based super powers. The game make Delsin fight against a police state in Seattle that’s cracking down on people like him.

While the E3 trailer for the game showed off a few new powers that Delsin can use, it mostly focuses on the story, Delsin’s older brother is a cop who constantly has to bail out his little brother. The relationship between the two will play into the main story of the game.

Knack is the new character-driven 3D platformer from legendary developer Mark Cerny. The game features a robot named Knack that’s made of floating parts. The character’s design means he can morph into several other, larger creatures throughout the course of the game, likely leading to a few unique gameplay moments.

While technically not a game, The Dark Sorcerer is Quantic Dream’s attempt at showing off the power of the PlayStation 4. The 12-minute video shows a scene of an old man and a goblin trying to film a scene about summoning a demon for a video game. The video looks amazing, and is a great example of the power of the new console.

David Cage and Quantic Dream’s latest game, Beyond: Two Souls starring Ellen Page is due out for PlayStation 3 this August. This trailer isn’t an indication of what the team will produce next, but it shows what their next game may look like.

Transistor is the newest game from Super Giant Games, developers of the amazing Bastion. Transistor features an art style that’s similar to Bastion, but with more of a science-fiction/cyberpunk theme. The trailer shows familiar combat with a few new features with a brilliant song laid over everything.

Transistor will make its console debut on the PlayStation 4 next year, though will likely come to other devices sometime later.

The newest game from Klei, the makers of Mark of The Ninja, Don’t Starve is already an indie darling on the PC. The game takes place in an open world where players simply try to survive as long as they possibly can. It’s similar to the survival mode in Minecraft, but with a 2D art style and less building crazy structures.

Another indie game making the jump from PC to PlayStation 4, Mercenaries Kings is the latest game from the developers of Scott Pilgrim Vs. The World. The game is a 2D side-scrolling shooter with a crafting system that lets players create their own guns to shoot at their enemies. On the console up to four players can play at once via split-screen, making the game great for friends who like to all play on the same couch. 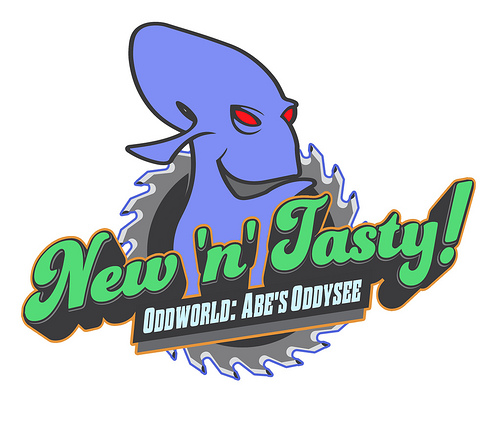 The newest game from Oddworld Inhabitants is a remake of the original Oddworld: Abe’s Oddysee, one of the first popular PlayStation games. The game will faithfully recreate everything from the original game with new graphics made in the Unity3D engine and continuously scrolling levels instead of the flip-screen style of the original game 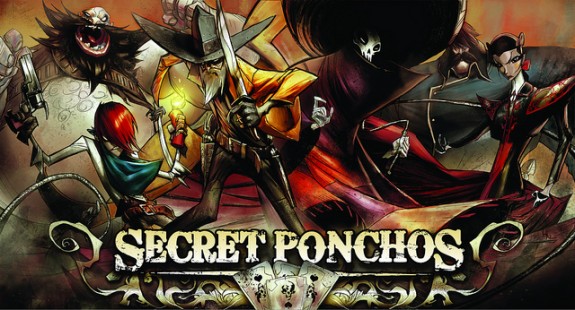 Secret Ponchos is a Spaghetti Westen-themed game that blends the mechanics of top-down shooters and fighting games. The blended mechanics make it possible to give gamers multiplayer modes ranging from 1-on-1 duels to eight-player shootouts and everything in between.

Octodad: Dadliest Catch is a game about an octopus who cleverly disguised himself as a man in a three-piece suit. Players must help the octopus navigate his way through life as a cephalopod in a human world. Players can control all of the octopus’ arms independently as they try to do simple things like mow the lawn, buy groceries and simple stand up straight with hilarious results.

Another indie title, Outlast is quite possibly the scariest game created to date. The game pits the player in the role of a journalist with no weapons in an abandoned asylum. The player can use some parkour moves to escape the things that lurk in the shadows, but the only real option is to run and hide.

Ray’s The Dead is a zombie game where players control a new zombie named Ray as he builds a zombie army presumably with the intent of eating brains. The game has elements of Pikmin, with the player controlling hordes of zombies, each with their own special abilities. 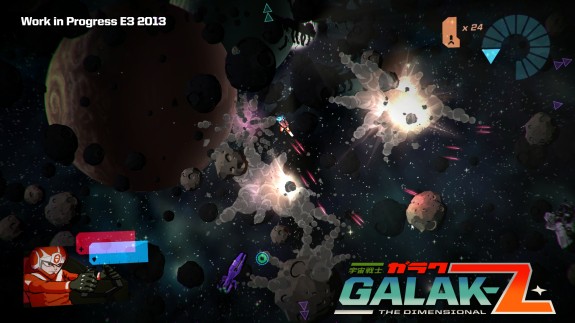 The latest game from Skulls of The Shogun developer 17-bit, Galak-Z is a new space shooter that looks like a ton of fun. The game features an open world that players can explore as they fight enemy spaceships from across the universe. Not much else is known about the game, but the developer’s history set a high bar for Galak-Z.