While Microsoft wants to position the Xbox One as an all-in-one media device as well as a game console, Sony wants to focus more on games for its upcoming PlayStation 4.

After his appearance on stage at D: All Things Digital Sony CEO Kaz Hirai told All Things D “the most important thing we need to make sure we do at least initially is that we all agree and understand that the PS4 is a great videogame console that appeals to video gamers.” Adding that “if we miss that part then I don’t think we get the initial establishment of the console.” 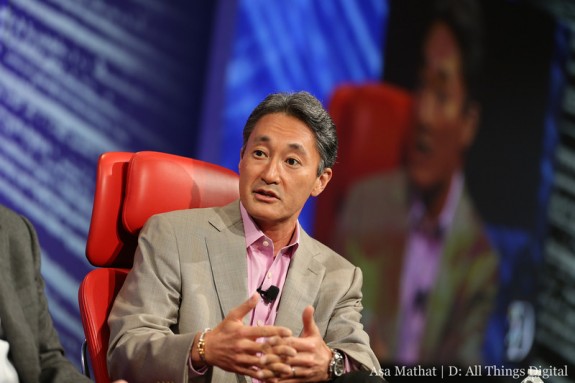 Sony views the PlayStation “first and foremost as a game console.” Hirai said the strategy worked out well for the company in the past, including with the PlayStation 3. That doesn’t mean the PlayStation 4 won’t have other features, just that Sony wants to put games first.

Games shown off in the presentation include exclusive first-party titles such as Killzone: Shadow Fall, Infamous: Second Son and Knack as well as third-party games Watch Dogs from Ubisoft, Diablo 3 from Blizzard, Destiny from Bungie and indie game The Witness from Jonathan Blow.

During the hour-long reveal of the Xbox One this month Microsoft showed only a handful of games, focusing a lot on the other features of the console. Microsoft only showed three games during the presentation (Call of Duty: Ghosts, Quantum Break and Forza Motorsport 5), but promised 15 exclusive titles in the first year of the console.

The PlayStation 4 doesn’t have the live TV features the Xbox One has, but will likely let users access many of the same media services such as Netflix and Hulu Plus. The major difference is that while Microsoft seems to view Xbox One is an all-in-one device that plays games Sony’s vision of the PlayStation 4 is a game console that does other things as well.