With just days left until its next press conference, Sony Mobile is teasing a smartphone on its Twitter profile that looks suspiciously similar to the photography-centric Sony Xperia i1 smartphone previously known as the Honami i1.

As part of its #bestofSony social marketing campaign, Sony posted just a glimpse of device turned on its side with its power-button showing. Although most of Sony’s latest smartphones include a side-mounted power button –- including the Sony Xperia Z that the company released earlier this year to critical acclaim, it’s unlikely that Sony would be this coy in marketing a device that’s already in the hands of users.

Instead, it more likely that Sony is attempting to wet user’s appetites for the Sony Honami i1. Details about the device leaked all summer, and recent rumors have pegged it for a launch on September 4th. On that day Sony will hold a press conference at the IFA 2013 trade-show taking place in Coppenhagen. 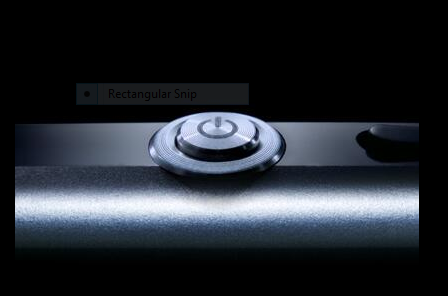 Sony is teasing the announcement of a new device on it’s Twitter page.

Reportedly the Xperia i1 will include a rear-facing 20 megapixel camera that has a sensor that’s 2/3-inch in diameter. If the rumors prove true, the device would be the perfect competitor to the enhanced camera sensor of the Nokia’s Lumia 1020. The Lumia 1020 features a rear-facing 41 megapixel camera and the Nokia Pro Cam suite of software camera enhancements. Other rumors have pointed to the Honami Xperia i1 have a 5-inch high-definition and 16GB of storage.

Images of what is likely the Honami Xperia i1 leaked earlier this year. They depicted a stark black slab with glass covering both its front and rear.  The pictures also showcased icons for the applications that Sony will ship on-board the device, including its Walkman music application, and links to its video store.

Rumors pegged the device as having a revamped camera interface to compliment the enhanced camera optics it has inside.

Although specific details of the device have leaked, what carriers users can expect the device to be available on remains a mystery. Typically, Sony Mobile ships newer hardware to international markets before bringing models to the United States. For example, the Sony Xperia Z launched in the winter and early spring internationally. The device didn’t arrive in the U.S. until T-Mobile began offering it exclusively in June.