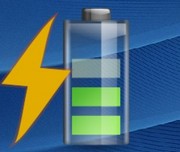 Battery life claims by OEMs are one of those myths that we all pay attention to, dismiss, rely on, and well . end up scratching our heads as to why the game is played the way it is. Everyone has their own formula for guessing what the OEM claims really mean and mental shortcuts to surmise what they must have turned off in order to reach those claims.

Sony, like others, has taken heat for this, and it looks like they are changing how they do their testing on laptops, and consequently their reporting. The new standard is called Jeita A and it based on how long a Sony device will run with a movie playing. The previous standard took the average length of time a battery lasted while idle and playing a movie. You can read more about the testing method here.

It wll be interesting to see how this affects what we see in terms of Sony’s advertised battery life specs, and if others will follow suit.