This summer the Sony Xperia Z will finally come to the U.S. as a T-Mobile exclusive smartphone.

The water-resistant Sony Xperia Z will come to T-Mobile’s 4G LTE network sometime later within the next few months, several months after the phone’s debut at CES 2013. There is no release date for the phone, only a vague release window of “summer.”

The Sony Xperia Z is a 5-inch smartphone with a 1080p display that’s tougher than the average smartphone. The Xperia Z is IP55 and IP57 compliant, which means it’s protecting from both dust and water. It can withstand low-pressure water jets from all directions and submersion in one meter of freshwater for up to 30 minutes. 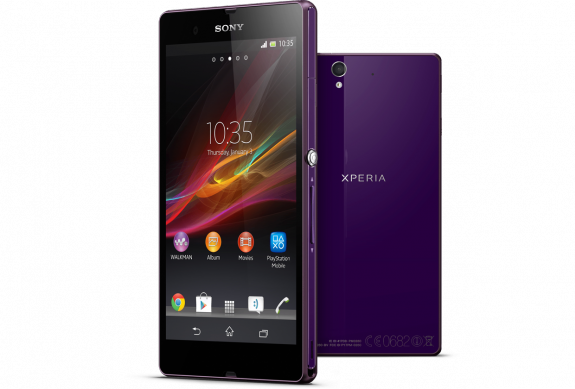 The Sony Xperia Z will come to T-Mobile 4G LTE this summer in black, white and purple.

The water resistance means users don’t have to worry about spilling water or any other liquid on the Xperia Z, assuming all of its ports are firmly closed.

Sony’s flagship smartphone uses a quad-core 1.5GHz Snapdragon S4 Pro processor, which makes it slightly slower than more recent phones like the HTC One and Samsung Galaxy S4. It has a 13.1MP rear-facing camera like the Galaxy S4, though reviews of the international version of the Xperia Z say the camera isn’t nearly as good as the camera on Samsung’s flagship.

Inside the Xperia Z has 2GB of RAM and 16GB of storage space. Users can add more storage with a microSD card, though they can’t store apps on the card, only music, photos and other such media.

The Sony Xperia Z runs Android 4.1 Jelly Bean with a custom Sony skin, though an upgrade to Android 4.2 Jelly Bean will come to the phone eventually.

T-Mobile will carry the Xperia Z in three colors: black, white and a limited edition purple. There is no price given for the phone, though it will likely have a $99 or $149 down payment with T-Mobile’s Uncarrier plans.