The Sony Xperia z1s is headed for a T-Mobile release later this month with a waterproof design, a host of excellent camera features and 32GB of storage.

At CES 2014 we went hands on with the Sony Xperia Z1s to see how this new device lives up to the hype and to see what Sony is bringing to the U.S. after skipping out on the majority of U.S. carriers in 2013. 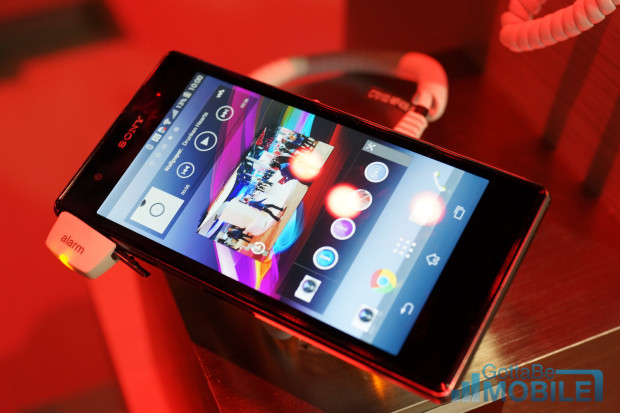 The Sony Xperia z1s is on the way to T-Mobile.

The Sony Xperia Z1s’ most impressive feature is the 20.7 megapixel camera which offers a burst mode of 60 photos in two seconds, with one push of the shutter. This is basically using the video mode to capture video which it splits up into 60 images. After using burst mode the user can slide through the set of photos to find the best one. In our hands on time with the Xperia Z1s this feature worked remarkably well, allowing us to quickly find a good-looking photo of a passerby’s face. The Z1s also includes a background blur mode that allows a user to focus on something close up and fade the background out similar to a DSLR.

Watch the video below to see how the Sony Xperia Z1s handles and what it can do.

The Sony Xperia Z1s is waterproof up to five feet for 30 minutes and the physical camera button allows users to take a photo while the phone is underwater without relying on a touch screen, which can be finicky underwater.

A 5-inch 1080P screen offers a nice looking canvas for watching movies and using apps and the phone offers 32GB of storage. The Xperia Z1s runs Android 4.3, one version behind the latest from Google, on a Qualcomm 800 processor.

The T-Mobile Xperia Z1s is $0 down, but will run shoppers $22 a month for two years. The Sony Xperia z1s release date is set for later this month.