Pocket-lint has the exclusive scoop that Sony will be entering the surface computing arena this June with atracTable, an optical recognition-based system first seen at Vision 2009, developed in conjunction with Swiss company Atractsys. 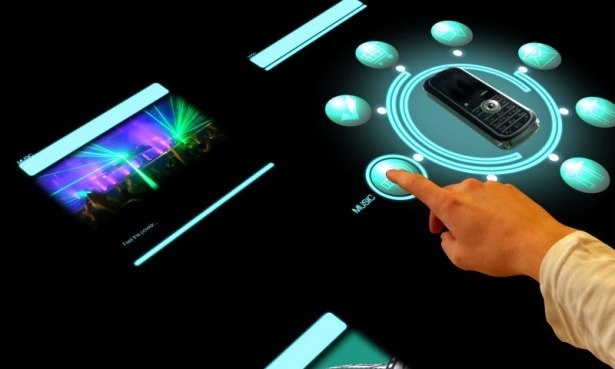 The system has been developed between Sony ISS and Atracsys, a Swiss optical tracking company. The interface can analyse body movements and act on any gesture or change in position, including your body, arm, hand or finger. More intriguingly, Sony reckons that it’s sensitive enough to work out a user’s age, sex and “emotion” – recognising happiness, anger, surprise, sadness and neutrality.

The technology has now been sold to Sony who will be producing a 35-inch unit for business and industrial use in June. Like Microsoft Surface, atracTable with be able to recognize objects placed on it, though it’s not stated whether it will use rf identification like Surface or rely on its own optical recognition which allows it to determine facial expressions. Cost is not announced.