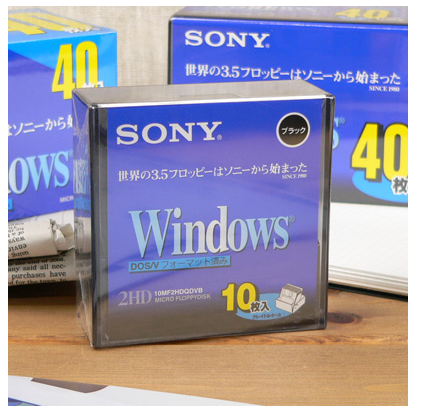 Sony’s going to stop producing 3.5″ floppy discs next year, putting an end to a 30-year era of storage in 1.44MB chunks. I still remember the first time a neighbor showed me one of these things, which seemed so high tech compared to the 5 1/4″ floppies that we used with our Commodore 64. As a young computer geek I didn’t understand why everyone called them floppy (they are hard on the inside), until I broke one open and saw that the disc itself was indeed floppy.  And of course I remember the Iomega Zip cartridge ads that proclaimed they had 70 times the capacity of the lowly floppy.

I thought we said goodbye to floppy discs a long time ago when PC manufacturers switched over to CD burners, but I was wrong.