Sony’s much rumored Yuga phablet, which is said to be joining the company’s Odin phablet model, is now described to have powerful specs matching and besting some of the popular high-end dedicated tablet models of today and the Yuga will certainly best the best-in-breed phablet devices currently available on the market, including the Samsung Galaxy Note 2 and the HTC Droid DNA. 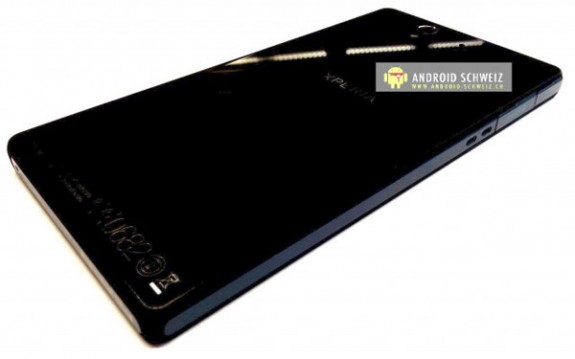 According to rumors posted on Android Authority, the Yuga may be arriving with a new breed of ARM quad-core processors manufactured by Samsung. The Exynos chipset is said to be the same one that’s arriving on Samsung’s very own Galaxy Note 3 as well. What’s new is 3 GB RAM for multitasking, which is a lot. Today’s tablets and phablets max out at 2 GB for RAM.

Additionally, besting out the maximum storage capacity on high-end tablets–typically around 64 GB–the Sony Yuga will be arriving with 128 GB of internal storage. The device will have a 16-megapixel camera, and given Sony’s expertise with the backside-illuminated sensors, the Yuga’s camera should yield commendable performance. Not only that, the Yuga may be a bit more rugged than other competing models as it is said to be water- and dust-resistant. The device will also have an IR blaster, making it a good companion to serve as a remote control for your home entertainment setup.

The Yuga will sport a 5-inch 1080p full HD display. However, unlike screens on the HTC Droid DNA, the Oppo Find 5, and a Sharp model for Japan, the Sony phone’s display will be using an OLED panel instead.

The Yuga looks to be one of the most interesting devices in terms of power and performance if these leaked specs hold true.

The phablet market is starting to heat up with more players and more models. ZTE and Huawei, both newcomers, are expected to make their phablet announcements sometime in early 2013 as well.