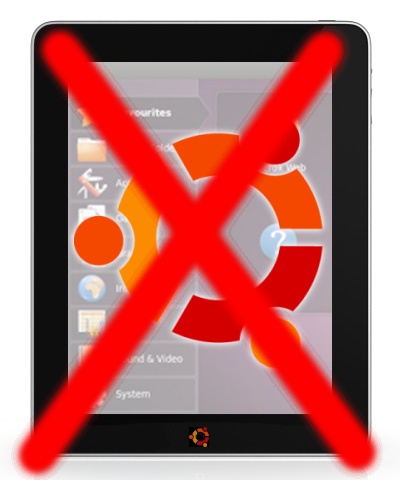 Pulling Ubuntu back from the cutting edge, Canonical founder Mark Shuttleworth has put the fire out on an earlier report claiming that his company was prepping a tablet-centric version of the Ubuntu operating sytem.

Per German news site golem.de, earlier information from Canonical VP of OEM services Chris Kenyon was misinterpreted. While they are still excited about tablets, a tablet version of Ubuntu is not in the works. Thus, the opportunity for someone to step in before Google gets serious about Android for tablets remains (and still no mobile magic from Canonical). Will MeeGo rule the roost?