The iPhone 5 rumor mill keeps spinning, as today the Taiwanese digital industry periodical DigiCom reports that Apple is ordering miniature military-grade airplane wings for a “massive shipment this September.” This points to Apple finally bringing the long-rumored near-space surveillance capabilities to the iPhone 5. 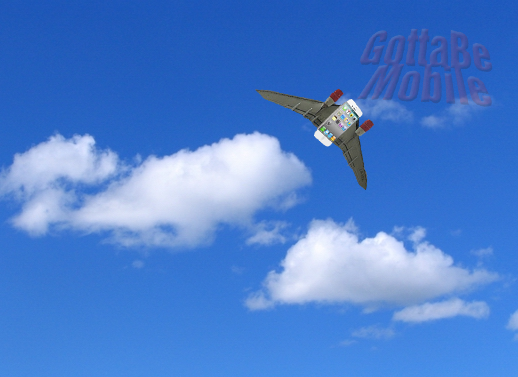 Our artist's mockup shows what the iPhone 5 could look like

The tiny wings, developed in conjunction with Lockheed Martin, sport rocket-fueled jets and are (according to DigiCom’s source) designed to take the iPhone up to 200,000 feet. Though unconfirmed, it is also suspected that the iPhone 5’s camera will receive a telescopic upgrade in order to bring high-level espionage to iOS.

This follows a series of patent filings that Apple was granted in 2009 for airborne surveillance capabilities on a smartphone camera. North Korea is currently involved in a bitter legal dispute with Apple after Steve Jobs & company accused them of infringing on seven of the company’s related patents. 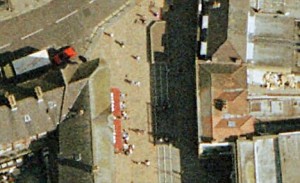 This leaked image shows what the iPhone 5's camera is capable of from 30,000 feet

Why your average user would want to spy on foreign countries isn’t immediately obvious, but a second source, who spoke to Walt Pogue of the Wall Street Times, claims that Apple plans to frame their marketing for iSpy around “always being watched over by someone who cares. It will be like the big brother you never had.”

It was also noted that iTunes’ new terms of service will require users to grant Apple the sole ownership of all of the aerospace images taken by the iPhone 5. The source said that the images, by way of iCloud, will silently upload to Apple’s servers twice a day. Noting that users don’t have to do a thing, the source said that “it’s like magic.”

What do you think? Would you buy this new iPhone if these rumors are correct? Or would you rather hold out for the Droid Bionic? Let us know in the comments!

Editor’s note: In case you somehow missed it, this is satire. We just may keep doing this until the relentless onslaught of iPhone 5 rumors and “leaks” stop!