Earlier this year, Sony became the first of the two big entertainment console makers to reveal a special edition console with the Destiny PS4 Bundle. Now Microsoft is joining the club – sort of. Potential Xbox One buyers can’t expect a different colored version of the next-generation entertainment system, but they will be able to pick up a custom camouflage version of the Xbox One controller and headset pretty soon.

Microsoft revealed what it’s calling the Xbox One Special Edition Armed Forces Wireless Controller and Stereo Headset today. Functionally the controller is exactly the same as the standard Xbox One controller that users can purchase with a battery pack or a new console already. The XYAB buttons are all the same and Microsoft hasn’t added a transforming D-Pad in the way that it did with later Special Edition Xbox 360 controllers. That being said the $64.99 controller does look pretty nice.

The plastic surface that houses the front-facing buttons and the controller grip are covered in a light green paint. Different parts of the controller have different shades of green. In short, anyone who walked past the Xbox One Special Edition Armed Forces Wireless Controller in a pile of brush would be hard pressed to find it. The D-Pad on the controller doesn’t transform but it does have a shiny chrome finish that should catch player’s eye. 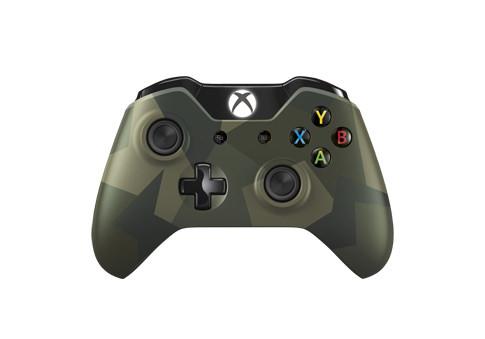 With the Xbox One Wireless Controller, users are paying a small premium for the new paint job. A Standard Xbox One Wireless controller costs $59.99. That’s $5 less than what users will pay for the Xbox One Special Edition Armed Forces Wireless Controller. The Xbox One Special Edition Armed Forces Stereo Headset will cost $10 more than what the standard version does. For users who plan on buying both that’s $15 they could have spent on games. 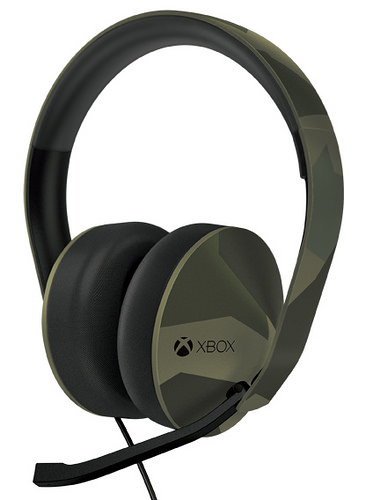 That being said, it’s just $5 to $10 extra on standard pricing, making these new accessories perfect for users who already needed to purchase a stereo headset or new controller anyway. The controllers look cool, and for some having something a bit different from what everyone else has is important.

Unfortunately, pictures and pricing are about the only details Microsoft provided on its Major Nelson blog. The post about the special edition accessories talks at length about the two accessories, but doesn’t say much about a coming release date beyond “Autumn.” As such, users who need new accessories now are probably better off buying now instead of waiting around for a release date.

The Xbox One Special Edition Armed Forces Stereo Headset isn’t much, but it is something custom that hard-core Xbox One fans can get excited about. Unlike Sony, Microsoft hasn’t revealed a custom version of the Xbox One. Instead, the company has focused on filling out the Xbox One line-up bundle-wise. When Microsoft launched the Xbox One there was just one version of the console. It included a Kinect 2 sensor, a single wireless controller and the console itself.

Early this year a second bundle joined that first console configuration. It costs $399 and includes a wireless controller for users to play games with. Unfortunately, it drops the Kinect 2 sensor that’s needed to control television sets, automatically log users in and play less complicated games with.