With just weeks left until its Xbox Media Briefing at E3 2015, Microsoft is busy sharing small bits of news about its Xbox One accessory line up and changes to its Xbox One bundles. This morning Microsoft announced the Xbox One Special Edition Halo: The Master Chief Collection Bundle and those who want it should definitely act quickly.

Microsoft announced the Xbox One Special Edition Halo: The master Chief Collection bundle in a post on its Xbox Wire just hours after it first revealed the promised Xbox One Digital TV Tuner was now available at its stores and online. This console that users get in this new Xbox One bundle costs $349.99 and includes a digital download of Halo: The Master Chief Collection. 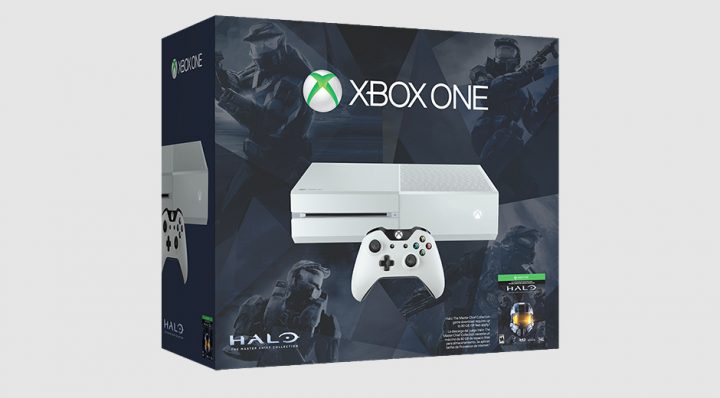 This special edition console is only coming to retail stores in the United States, and Microsoft says it’s only making a small number of the consoles available. Exactly which stores will carry the bundle isn’t made clear in today’s post, but Microsoft does say potential buyers should “check with [their] local retailers for more details.” At the very least, traditional gaming retailers like GameStop should have the bundle available. In fact, GameStop is already taking pre-orders.

Microsoft is calling this special edition Xbox One not because any new features, but because of its color. The console included in the package is what Microsoft calls Cirrus White. It has a matching controller. This Cirrus White console and controller are the same models that Microsoft gifted to members of the team that worked on the Xbox One for launch.

Presumably, this is the last time we’ll hear about a significant change in Microsoft’s Xbox One line-up before the company takes to the stage for its E3 2015 Media Briefing. What Microsoft will announce at the show remains a mystery, but historically, it’s always waited until the show to announce details about console upgrades, bundles, pricing and new games.

After a rocky start in 2013 Microsoft is slowly managing to turn around its fortunes in the United States. This past week market research group NPD confirmed that the Xbox One was the best-selling living room console during the month of April, beating out Sony’s PS4 for the first time in months.

The Special Edition Halo: The Master Chief Collection Xbox One doesn’t include a Kinect sensor for playing motion games and controlling the console and cable boxes with voice commands. It’s available as a separate $150 purchase.