The Speck FitFolio for the Nexus 7 is a leather Nexus 7 case with a micro suede interior that props the Nexus 7 up in a variety of angles and protects the tablet from drops.

Speck makes some of our favorite cases, and so we are excited to see a Nexus 7 case in one of Speck’s premium finishes, without an expensive price. The Speck FitFolio for Nexus 7 is available for $34.95 in red, blue and black.

The Nexus 7 build quality is impressive, but the Speck FitFolio for Nexus 7 delivers added protection and functionality that the official Nexus 7 case doesn’t. For $15 more users get a vastly better case.

This Nexus 7 case fits the WiFi only model and the newer cellular model. The case fits the Nexus 7 snugly, and a snap keeps the front flap closed while traveling. The case adds minimal bulk, but it is too thick to fit in a front pants pocket. 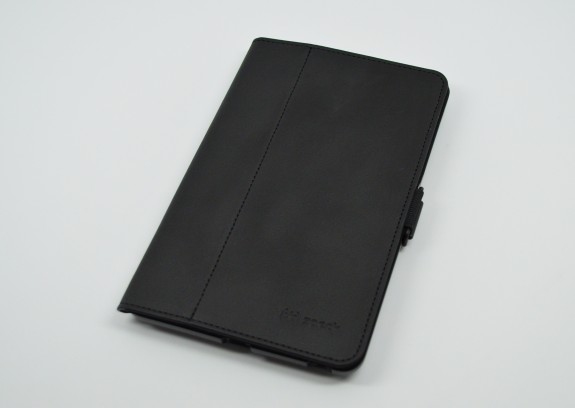 It’s tricky to mix plastic and leather and leave users with a premium feel, but that’s what Speck does with the FitFolio for Nexus 7. A plastic holster clips to the Nexus 7, providing protection on the edges of the Nexus 4 and the structure to prop it up in landscape mode.

The leather outer section of the FitFolio is soft to the touch and looks nice thanks to small uniform stitching along the edges and center fold. 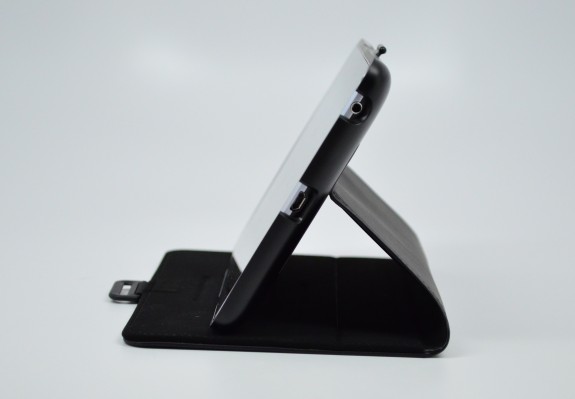 The FitFolio Nexus 7 case props the tablet at four angles.

The Nexus 7 case from Speck holds the Nexus 7 at one of four angles to accommodate watching videos, using the Nexus 7 for a video call or using it with a Nexus 7 bluetooth keyboard like the ZAGGkeys flex. The case holds the Nexus 7 firmly in place in each of these angles so users can tap and swipe on the screen without moving the tablet.

The front folds flat while in use.

While holding the Nexus 7 to read or interact with an app, the front flap wraps around the back of the Nexus 7 and snaps in place so it is not in the way.

The Speck FitFolio is one of the best Nexus 7 case options available, delivering a premium look and feel, as well as added functionality at a great price. 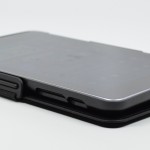 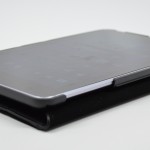 The front folds flat while in use. 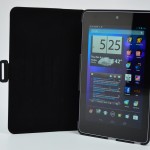 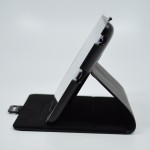 The FitFolio Nexus 7 case props the tablet at four angles. 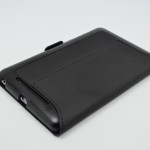 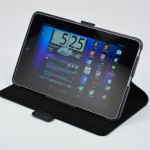 Nexus 7 bugs linger, though it shouldn’t be surprising. 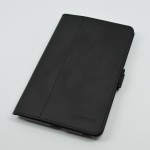 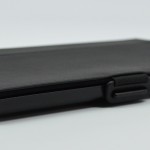