Splashy Fish and City Bird are the top trending Flappy Bird replacements for the iPhone users and for gamers that need that ultimate high score there are already Splashy Fish cheats emerging to get that high score faster.

Both of these Flappy Bird replacements are only available on iPhone or iPad right now. Android users will need to look for a FlappyBird.apk file to install the original on their device. For other users there are many Flappy Bird online games including one with an impossible mode. 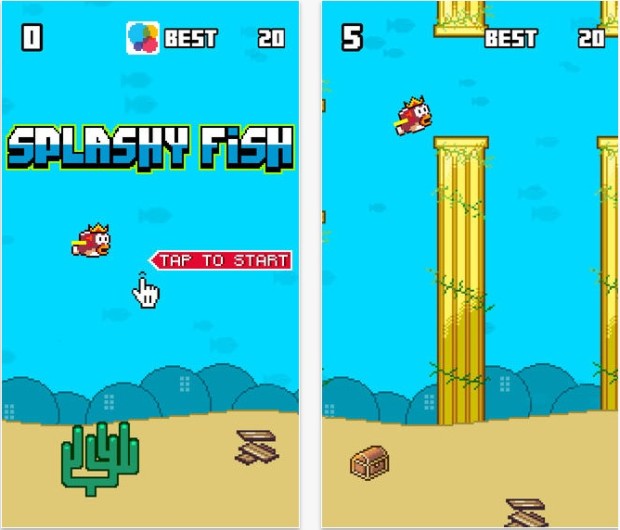 Splashy Fish is the closest remake of Flappy Bird available for the iPhone and iPad which is probably why it is the number one free game and why there are a growing number of positive reviews. The Splashy Fish game swaps a pixellated bird for a pixellated fish and delivers yellow pipes that look like an underwater Mario level instead of an above ground Mario level. Users tap, tap tap their way through the endless levels earning high scores along the way.

The game takes some time to get used to and there is already a Splashy Fish cheat to let jailbroken iPhone owners get a higher score by entering a value in with an editor. Given the popularity of Flappy Bird cheats there will likely be a version of this for regular iPhone users soon. 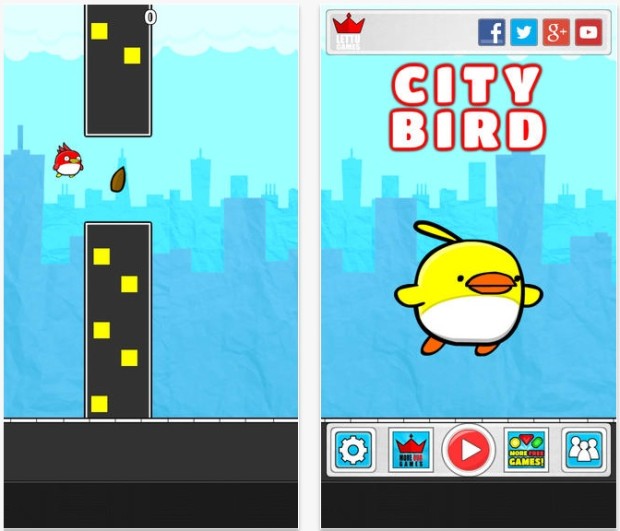 City Bird is another Flappy Bird replacement climbing to the top of the charts.

City Bird – Flappy Flyer is on a big rise today, breaking into the top 10 free iPhone games along side Ironpants, Fly Birdie and Flappy Bee to name a few. This game offers the same overall goal as Flappy Bird and other replacements, but is, “very difficult” according to some reviewers. The game places leaves in the openings for users to collect, but gamers wish it offered better graphics and less ads. We couldn’t find any City Bird cheats yet, but with the rise in popularity it is only a matter of time.

Over a third of Flappy Bird players in a recent Gotta Be Mobile poll admitted to cheating for a high score, even though there is no real competitive nature to the game. It’s impossible to tell when the Flappy Bird craze will die off, but it certainly isn’t over just because the creator thinks his game is too addictive.