We all know Siri as the sometimes helpful personal assistant that can schedule meetings, call your spouse and text your BFF, but unless you use the integrated iTunes app she falls short in helping out in the entertainment department.

That is unless you are the CEO of Spotify, a music streaming service with a collection of mobile apps — including one that the company has hacked to work with voice recognition.

During an interview with Forbes, Daniel Ek whipped out his iPhone and showed off a bit of voice control that will leave Spotify users, and all iPhone owners, a bit jealous.

Does he plan on building a voice activated Spotify interface? He flashes a mischievous smile. “Play me some Coldplay,” he tells the phone. Its small speakers ring out with the opening piano chords of the band’s hit “The Scientist.” “We hacked into it a few weeks ago,” Ek says, with a satisfied nod. “I’m not an inventor. I just want to make things better.” 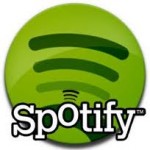 While Ek doesn’t come out and say that Siri is behind this voice control, if we really did start playing Coldplay just by talking to his phone, and not launching the app first this could be a sign of things to come in the next iOS update. We had heard rumors that iOS 5.1 would allow Siri to control various apps.

iOS 5.1 has been seeded to various developers, but there is no official confirmation of the new feature from the general population. That said, Apple typically works with some developers ahead of time, so they can showcase new features at events. I wouldn’t expect Apple to make a Siri announcement at the rumored iBooks event in January, but it would make sense to hear about new Siri features early in 2012 when Apple shows off the iPad 3, which may have Siri features as well.

It wouldn’t surprise me to see some type of killer feature in iOS 5.1 to convince all those waiting for the iPhone 4S Jailbreak to avoid jailbreaking and come over to the Siri controlled future.