Spotify for BlackBerry Arrives for Some Devices

2011 hasn’t been a very kind year to BlackBerry maker RIM, or fans of BlackBerry for that matter, but today there is something to cheer about. After months of waiting, Spotify has finally released its official mobile application for BlackBerry devices which is an exciting development for not only those that are already using the streaming music service but those that are interested in trying it out.

Now, this is BlackBerry we’re talking about so there is always some kind of problem lurking around and the Spotify app unfortunately has an issue, although it’s not with the software itself.

The mobile app is not available for every single BlackBerry device. 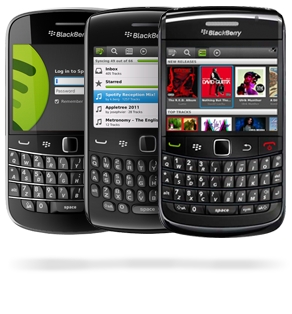 A shame, but we’re confident that Spotify is going to be working on getting compatibility out to more BlackBerry devices than the ones it currently supports.

If you do happen to have one of the devices that are supported, you can go ahead and head to m.spotify.com to get yourself squared away.

Keep in mind, you’ll need a premium account to access some of the key features of the application including the ability to stream over over WiFi or 2.5/3G and to listen to music offline.

A premium Spotify account here in the U.S. will run you $5 a month.