No longer satisfied with dominating the world of music streaming it seems, Spotify has unveiled a new streaming video built directly into its apps for iPhone and Android. The service aims to do what the company has already achieved in music: let users get access to video content quickly. That being said, it’s not quite the video service that some people imagined it would be.

Spotify quietly added the Video Shows to the menu of Spotify for iPhone and Spotify for Android overnight. Rumors about a Spotify video streaming service have swirled for weeks, with some believing that the company would rollout a complete subscription video service similar to Netflix and Amazon Instant Video. 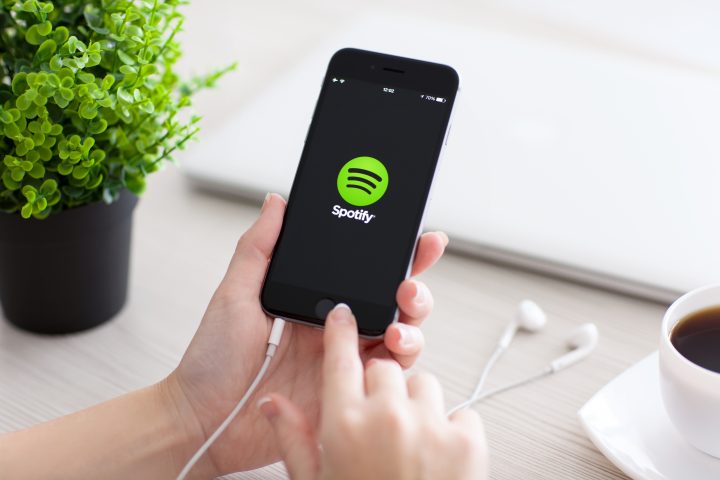 Spotify is the world’s most used subscription music service by far. Only the recently launched Apple Music comes reasonably close to the service in terms of paying and free subscribers. It makes sense that Spotify would want to use its install base and app to expand into areas where there’s money to be made on other kinds of content. Some even said that a Spotify Video service that works a lot like Netflix was inevitable.

To be clear, that’s not what Spotify Video Shows is. Instead of introducing a new paid subscription service for content to rival Netflix or Amazon, Spotify has opted to keep its video service based solely on short clips. What’s more, Video Shows are pretty hidden in the Spotify for iPhone and Spotify for Android menus.

To find video content, Spotify users have to dive into the Shows area that’s accessible in Spotify’s navigation. This area was already dominated by audio podcasts, but now Video Shows are included too. None of the video content that Spotify has added to its apps is actually feature-length. Instead, the entire area consists of short video clips and peeks at how feature-length content is made. For example, entire episodes of Conan and The Daily Show are missing, but small clips from each show’s recent episodes are ready to watch.

Like with artists, Spotify users can follow Video Shows to get the latest content from them. Individual clips are available for streaming without following a show too. MTV, Conde’ Nast, Maker, Comedy Central, ABC News, BBC News and TED Talks make up the high-profile video shows line-up. Followed Video Shows surface directly in the Library area of the Spotify app. Video Shows can be stored on iPhone and Android for viewing later.

All told, the entire Shows area in Spotify is more like Podcasts in iTunes than it is anything else. That makes sense given that last year’s release of the Serial podcast boosted the media-type’s profile. It seems that Spotify simply didn’t want to use the word “podcast” as it’s a reference to classical iPod media players from Apple. 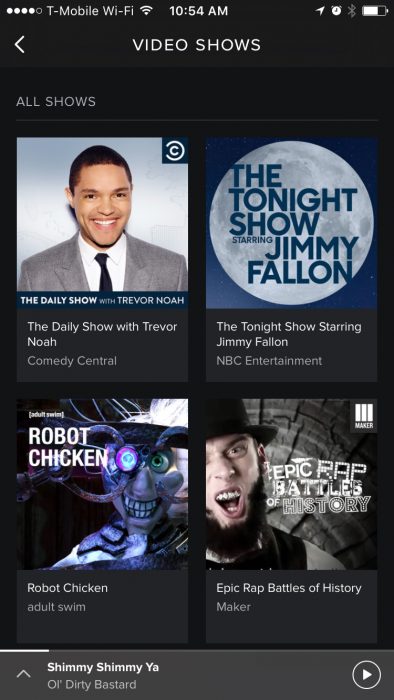 In many ways, that’s going to be rather disappointing for anyone that thought Spotify might make the streaming video industry more competitive than it already is today. Spotify might not be bringing in credible changes to streaming services themselves, but content creators are already starting to change the ecosystem in their own.

CBS’ new $4.99 CBS All Access subscription service lets users access that network’s content directly from a web browser, tablet and smartphone. It’s different from other video services in that it’s specifically for that network’s content and no one else’s. Until now, successful streaming services have compiled content from lots of other networks to fill out their library. A new Star Trek TV show will air their exclusively.

NBC, another American broadcaster, has a direct video service of its own planned. The network’s Seeso app and service will offer streaming comedy content for $3.99. By comparison, Netflix costs users $9.99 a month.