The HTC EVO 3D wasn’t the only gadget that Sprint announced during its press event today at CTIA. The carrier also announced its WiMax enabled version of the HTC Flyer that will hit shelves across the United States as the HTC EVO View 4G. 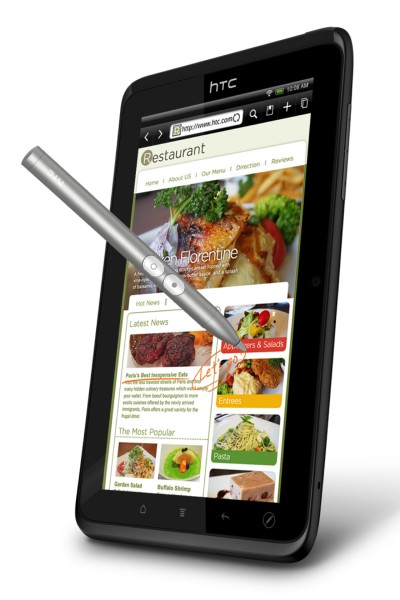 As expected, the EVO View 4G is the identical twin brother (or sister) of the HTC Flyer tablet which was announced all the way back in February at the Mobile World Congress in Barcelona.

It’s going to be coming with a 7-inch 1024 x 600 touchscreen display with pinch-to-zoom, a rear 5 mega pixel camera and a front facing 1.3 mega pixel camera, some version of Android (likely Gingerbread), HTC Scribe Technology, and of course, compatibility with Sprint’s WiMax network for blazing 4G speeds. 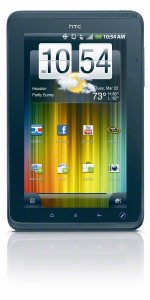 The HTC EVO View 4G will also have access to the Android Market and sport integrated GPS. It will be powered by a single-core 1.5GHz Qualcomm Snapdragon Processor and will have 32GB internal memory, 1GB RAM and a microSD card slot for additional space.

Like the HTC EVO 3D, the HTC EVO View 4G will be out this summer for an unspecified amount of cash.

Here is the full specification list for Sprint’s latest tablet:

·       Android Market™ for access to more than 150,000 useful applications, widgets and games available for download to customize the experience