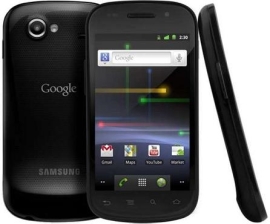 After having made the Google Nexus S 4G available for order this past Sunday, Sprint is already beginning to roll out a maintenance update for the Android 2.3 Gingerbread device. The Maintentance Release GR22 is being delivered as an over the air software update and brings a number of enhancements related to the device’s security, roaming with Google Voice, and tagging of applications with NFC.

According to the Sprint community blog, the features of the update include:

The Nexus S 4G is being marketed as the first 4G-capable Nexus S device. The original Nexus S was launched for T-Mobile with support for that carrier’s 3G network.

Despite not being as revolutionary an upgrade for some users, especially when compared to Samsung’s Galaxy S smartphones which had launched prior to the launch of the GSM Nexus S, the device does benefit from being a Google device in that many updates will be rolled out to Nexus-branded devices before reaching other Android devices. The reason being is that Nexus devices run the vanilla code of Android and comes without any additional UI modifications, like Samsung’s TouchWiz user interface, and Google can easily push changes to the device’s software or code more easily as they don’t need to be checked for compatibility with any pre-loaded apps, skins, or customizations. As the device ships without any customizations, it is also expected to run smoothly and faster than other devices with UI overlays.

The Nexus series of devices are popular among the geek community and many developers rely on the vanilla build of Android on those devices to test their application codes.

The GSM Nexus S was launched earlier along with the debut of Android 2.3 Gingerbread and NFC support.