Sprint had just announced that its newly unveiled BlackBerry Curve 9350 is missing its targeted September launch date. The non-touchscreen BlackBerry 7 OS smartphone will instead be launching a few weeks later on October 2nd, according to the Now Network, due to ‘unexpected circumstances.’ The Curve 9350, while being a consumer-centric smartphone with the Bold series primarily viewed as the enterprise, higher-end model, sports many of the high-end features of last year’s Bold, including a HVGA touchscreen, improved camera, and refined styling. 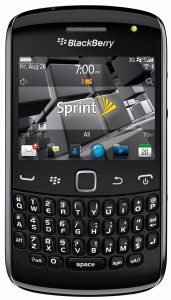 The Curve features a 5-megapixel camera, a 2.44-inch display, and an 800 MHz single-core processor. The device will cost $80 with a two-year contract at retail, or $50 for business customers with a contract agreement.

The Curve will join Sprint’s new BlackBerry Bold 9930 as well as the BlackBerry Torch 9850 when it launches.