It looks like AT&T‘s head isn’t the only one to look back at his company’s decision to offer the iPhone as Sprint CEO Dan Hesse was issued a pay cut due to the high price that the carrier has to pay for the handset. As carriers often subsidize handsets to make it cheaper for consumers to take home a smartphone–you’re paying $200 rather than $600 for a brand new phone in exchange for a two-year signed service agreement–Sprint’s subsidies for the iPhone exceeds the amount that the Now Network subsidizes other competing handsets. 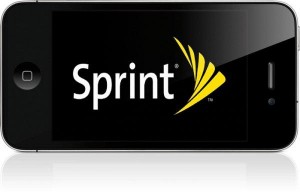 According to Reuters, Hesse seems to be receiving the blunt of his decision to bring the iPhone to his network, which resulted in a $15 billion deal.

Hesse said his 2012 salary would be cut to repay about $346,000 in incentive pay that he has already received and forfeit additional amounts that he was eligible to receive under his 2011 and 2012 incentive plans.

Even though the number three largest national carrier in the U.S. is adding new subscribers and growing its network as a result of having Apple’s flagship smartphone in its portfolio, investors are not pleased that the cost of adding new subscribers has resulted in higher short-term costs for the carrier, a fact that Hesse had cautioned earlier when the partnership with Apple was announced. Hesse had warned that the iPhone would be a big boost for Sprint, but the subsidies would mean declining profits in the near-term, something that has proven to be true in Sprint’s latest earnings call.

In the most recent quarter, Sprint announced that it has sold over 1.5 million iPhones and added 1.1 million new customers to its network.

According to the report, Sprint pays 40 percent more to subsidize the iPhone than compared with other handsets. That amounts to roughly $200 more that the carrier has to pay to sell an iPhone to an existing or new customer compared to a phone running BlackBerry, Windows Phone or Android.

In the past, carriers that do not offer the iPhone have stated that they are losing customers. T-Mobile USA, the nation’s fourth largest carrier and the single national carrier without an iPhone on its network, has blamed its subscriber losses due to the fact that it does not offer the Apple smartphone. In recent months, Apple has expanded its iPhone offering and now even smaller regional carriers in the U.S. are offering the iPhone to its customers.

With Sprint being the lone national carrier to offer a truly unlimited data plan, we’re wondering if in a few years Sprint will be feeling the same way that AT&T does now. As Sprint has announced that for now, we can expect to see unlimited data, even on 4G LTE, when the LTE-enabled iPhone comes out on Sprint’s network, the carrier will probably see more big gains in subscribers, which will further put a strain on its balance sheet as it continues to offer subsidies to iOS users.