Sprint has announced that it will start charging a $15 phone number change fee for those that try to change their number through a Sprint retail location or on the phone through customer support.

The new policy will go into place starting June 10th and will only affect those who wish to change their number in person or over the phone.

Sprint itself has said that it will continue to offer the service for free online and it has detailed steps on how to do so. 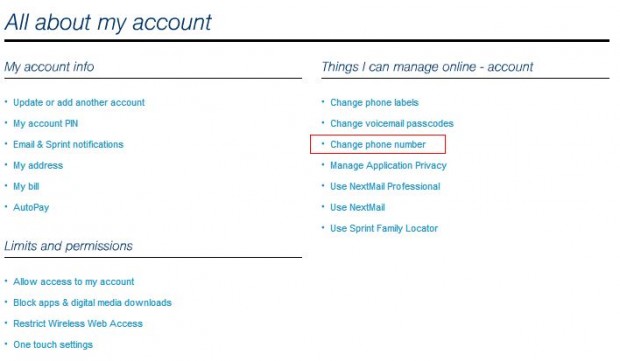 For those that wish to change their number and do so for free, here is how to accomplish that according to Sprint:

Following these steps will ensure a number change without the $15 charge. So, consider this a PSA for those that are looking to change their number in the near future.

The policy change comes ahead of Sprint’s 4G LTE launch which the carrier has said will come at some point during the middle part of 2012.

Sprint has also debuted several new devices for its 4G LTE network including the Samsung Galaxy Nexus and the HTC EVO 4G LTE.

Sprint will also be carrying the upcoming Samsung Galaxy S III which it will launch on June 21st starting at $199.99.