Users who have their eye on picking up a Samsung Galaxy S4 this fall will have a new color option to choose from on Sprint: Purple.

Word of the new color variant came this afternoon, as Sprint announced that it would make the device, which is more specifically referred to in today’s press release as “Purple Mirage”, available to users.

Although Sprint’s release did mention that the Purple Mirage Samsung Galaxy S4 would be arriving “just in time for school,” so far the variant has yet to appear on online. A check of the company’s website only showcased it’s more staid Black Mist and White Frost color options. The Purple Mirage Galaxy S4 will be available at the same price as the device’s two other color variants, at just $199 each. 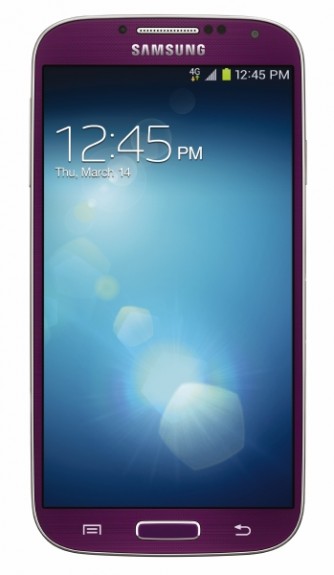 Other than its color change, this is the same Samsung Galaxy S4 that’s turned heads in Blue on some international carriers.

All versions of the Samsung Galaxy S4 include a 1.9GHZ quad-core processor, 2GB of RAM and 16GB of internal storage with the option to add more using a microSD card slot hidden behind the device’s plastic back. The device also has a 5-inch Super AMOLED display that should make colors pop just as much as that casing on the front and rear of the Purple Mirage device. On Sprint the Galaxy S4 also supports 4G LTE and has Android 4.2 installed.

Though it’s not limited to the Purple Mirage variant, Sprint is currently offering a buy one get one free sale on the Samsung Galaxy S4, so that families can pick up two of the devices in whatever color option they find more attractive.