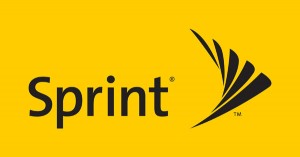 Damn. Just when it looked like Sprint was going to actually have a chance to make some headway with consumers comes word that the bean counters really don’t get it. We’ve already heard that in anticipation of getting the iPhone that Sprint upped its Early Termination Fee to $350. Not a great idea because while it might keep a few bucks in the kitty, it sure sours users on the service. Now it appears that Sprint has raised its “administrative fee” from $.99 to $1.50.

Sure that’s just a small change, but as we all know that when Sprint made a contract change customers were allowed to cancel a contract by saying that the company had materially altered the original contract. Well, it seems at some point (and this is in dispute) Sprint added some language to the deal that said that they could charge an administrative fee up to $1.99. That apparently is what Spring is hanging its hat on when it says that the $.51 increase doesn’t materially alter the contract.

When some users noticed the price change they did what many do and tried to get out of the deal. Sprint at first told users they could, and then backtracked, adding to the confusion and sour taste in many mouths.

Wouldn’t it be nice to live in a world where the consumer could say to a company “you know what, I’m going to reduce what I pay you monthly based on what I think you’re worth.” Yeah, I know. I’m dreaming.