Later today Sprint and HTC will hold an event to announce what we believe will be the HTC EVO One, the followup to the HTC EVO 4G from a few years ago. While we’re waiting for the official announcement to see the phone, others have been lucky enough to go hands on.

Yesterday, Droid Life was able to spend a few minutes with the upcoming smartphone and snap a few photos of it. It turns out the phone looks just like the leaked press images we’ve already seen. It looks closer to EVO 3D than the HTC One X it’s based on. 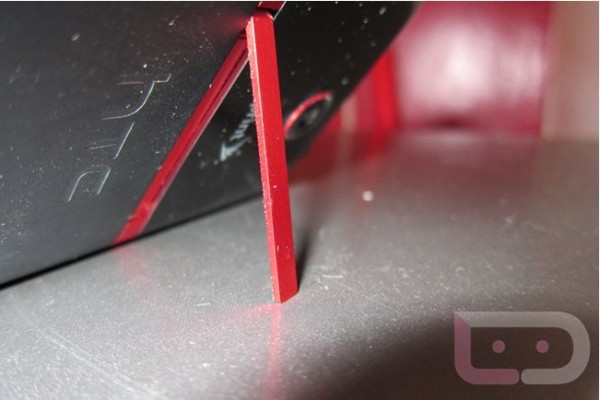 The specs of the EVO One are allegedly the same as the One X, however. It has the same 4.7-inch 720p display, 8MP back-facing camera, and Beats audio. Like the first EVO it has a kickstand on the back, which will be great for watching video on the huge display.

Droid Life wasn’t excited by what they saw in the few minutes they got to play with it, but if the phone ends up being as good as everyone says the One X is, it could be one of the best Android phones on the market. The only real competition the HTC One line has at the moment is the Galaxy Nexus, which is also coming to Sprint in the near future.

We hope to spend time with the HTC EVO One today at a Sprint event. We’re holding judgement until we can spend time with the device, but are hopeful that it will impress given the lack of any exciting phones on Sprint since the launch of the iPhone 4S.