It looks like the Sprint HTC One may have some troubles connecting to 4G LTE signal in areas where Sprint has not officially announced LTE rollout. I’ve read through several forums where users are having problems across the country in pre-release Sprint 4G LTE markets.

I have been able to confirm that this may also be the case in the San Francisco Bay Area where my Sprint Samsung Galaxy S4 review unit gets lit up with good LTE signal whereas the One is stuck on 3G. San Francisco is not yet an official LTE market for Sprint, though the carrier has been lighting up LTE towers in this pre-announcement phase.

However, customers in areas where Sprint has announced full LTE coverage have not been having issues connecting the flagship HTC One handset to the carrier’s 4G LTE network. 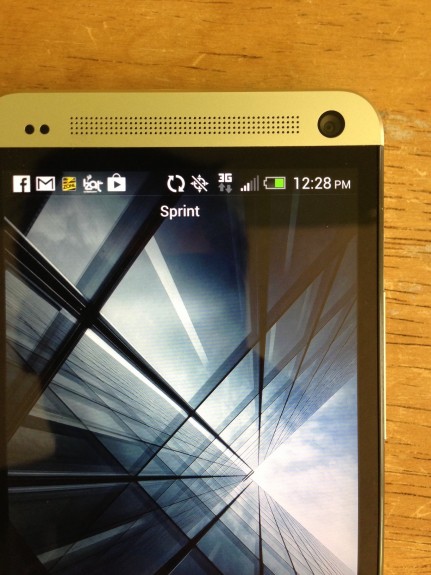 The HTC One is having some trouble pulling in a 4G LTE signal in pre-launch Sprint LTE markets, like in San Francisco, California.

It’s unclear what the problem is right now–if it’s a matter of firmware, hardware, or the design of the HTC One.

We’ve reached out to Sprint and are waiting for the carrier to research the issue.

In the past, HTC’s handsets were criticized of antenna issues due to metal construction, similar to the Antennagate issues of the iPhone 4, but HTC rectified this with injecting plastic into the metal body so the phone has a better signal receiver on the One with the new zero-gap design process. This means that the design of the phone shouldn’t be an issue, especially considering that Sprint customers in areas with announced LTE service are faring fine.

The other two possibility for this would be that the phone may need a firmware to access Sprint’s network in areas where there is LTE signal, but the network isn’t yet live, or that Sprint still needs to tweak its network before allowing certain devices access. The latter case may be odd as the Galaxy S4 is doing fine on Sprint in my pre-launch LTE market.