New documents from the FCC seem to telegraph the imminent arrival of a new HTC manufactured Windows Phone device for Sprint.

Although the device, whose model number is detailed as the P088100, isn’t pictured in any of the documents made available online by the Federal Communications Commission, they do indicate that the device has CDMA and LTE radios that would make it nearly impossible for it to be on its way to any other carrier besides Sprint.

The device also includes an NFC chip or Near Field Communications hardware that allows it to send short bursts of information to other NFC equipped devices, Bluetooth 4.0 and a Wi-Fi wireless internet support. The documents didn’t detail what kind of processor, display technology or cameras users can expect the device to carry on board. 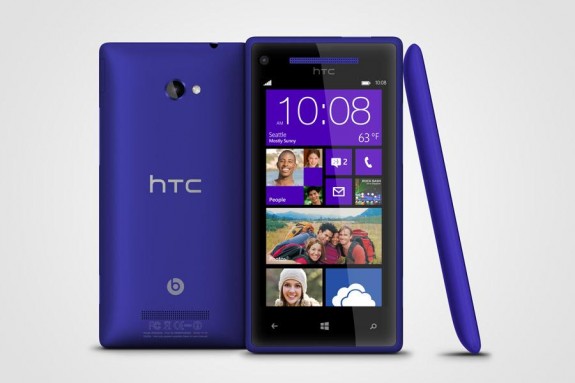 The Windows Phone 8X is currently sold on every major carrier, except Sprint.

Engadget notes that the filed model number is similar to the much rumored HTC Tiara that had been believed to be on its way to Sprint already. Rumors pegged the HTC Tiara as having a dual-core 1.2 GHz Snapdragon S4 processor, 1GB of RAM and a 4.3inch Super LCD 2 display. Those hardware specifications would seem to indicate a slightly mid-range device, though only the lack of a high-definition display actually separates the rumored device from the HTC Windows Phone 8X, HTC’s current high-end Windows Phone that’s available on T-Mobile, Verizon and AT&T.

The Tiara is rumored to be joining the Samsung ATIV S on Sprint. Sprint first announced that it would be adding two new Windows Phone devices during Mobile World Congress this past March. Since then the company has remained completely quiet on the subject, adding only that it would launch its portfolio of Windows Phone 8 devices “soon”. The Samsung ATIV S is already available on AT&T.

Regardless of timing, if the devices appear on the network, they’ll be the first Windows Phones to be available on Sprint in years. After briefing carrying the keyboard-laden HTC Arrive, in 2011, the carrier summarily dropped Windows Phone from its lineup of smartphones.

Sprint is the only carrier of the largest four mobile networks in the United States to not have a Windows Phone device. Both AT&T and Verizon currently have four, while T-Mobile is preparing to launch a third, the Nokia Lumia 925 sometime soon.