The rumors about the Sprint iPhone were true. Apple has announced that its iPhone 4S will finally be hitting Sprint’s network alongside versions for AT&T and Verizon on October 14th. This news comes just a day after a report claimed that the carrier had shelled out $20 billion for over 30 million iPhones over the next four years, essentially betting the house on Apple’s iconic smartphone.

No specific carrier details were announced, but if Sprint offers the pricing that Apple announced at the event, it will look like this: 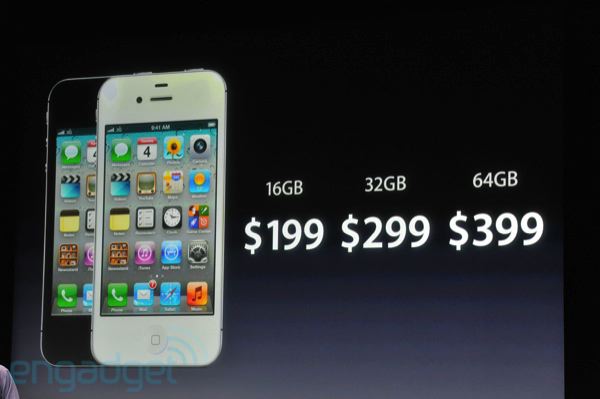 We expect Sprint to share more details itself over the next couple of days, and don’t be surprised if we see some sort of premium placed on the iPhone 4S because of Sprint’s unlimited data policy.