The HTC EVO 3D, announced approximately a year ago for Sprint’s 4G WiMax network, will soon be getting a new home on Sprint-owned prepaid carrier Virgin Mobile. The phone is headed to Virgin Mobile with the new branding of EVO V 4G as soon as this summer if rumors hold true.

The device is said to be available in two colors when it arrives on Virgin Mobile USA–black and plum, according to pocketnow. 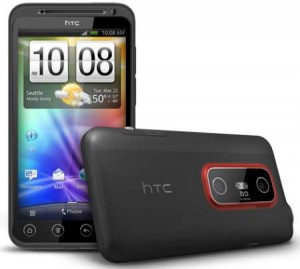 The device also allows users to capture 3D videos and images with a rear camera that can record in 720p HD for videos and 5-megapixel resolution for still images. The qHD resolution display can display images and videos, as well as other content such as games, in 3D without the need for glasses.

Despite being a year old since the device was first announced, the HTC EVO 3D’s specs are still pretty impressive and nothing to scoff at.

Pricing and availability information for Virgin Mobile USA is still not available at this time.

Though the EVO 3D is a 4G smartphone, it runs on Sprint’s older WiMax network. The Now Network carrier is now transitioning to 4G LTE for its next-generation mobile broadband network, which promises faster upload and download speeds. It’s unclear if in the transition, Sprint will be opening up its 4G WiMax network to prepaid customers on its prepaid brands of Boost Mobile and Virgin Mobile USA, reserving LTE for its postpaid customers.

Sprint is expected to follow-up its EVO franchise with the HTC One X that’s to be branded as the HTC EVO One for its LTE network.