Although Sprint is now focusing on its 4G LTE smartphones and network moving forward, the carrier still has three planned software updates, one for each of its high-end smartphones released over the last two years. The first one goes to the original Epic 4G, which is the carrier’s keyboarded variant of the Samsung Galaxy S 1, and removes an annoying audio bug that was present when users tried to use the device with select third-party apps after applying the Android 2.3 Gingerbread upgrade for the Epic 4G. That update is forthcoming. 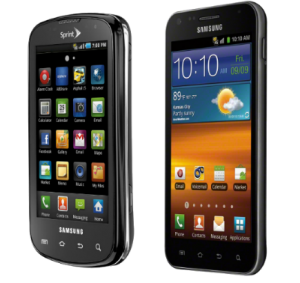 The other two phones getting an over-the-air software update include the newer Epic 4G Touch, which is Sprint’s 4.5-inch Galaxy S II variant for its 4G WiMax network, and also the HTC EVO 3D, which also runs on 4G WiMax in the U.S. on the Now Network. Both phones will receive the OTA update to rid themselves of the Carrier IQ software, which has been a source of controversy among users as the software was installed by Sprint and other carriers to log certain diagnostic information about the phone. Users feel that the software violated their right to privacy.

To learn more about Carrier IQ, you can visit our post detailing the software.

The software update for the Epic 4G Touch and EVO 3D are slated to arrive by the end of this month.

Thanks to Mike for the tip.