In a posting on its website, Sprint revealed the Ice Cream Sandwich roll out for the LG Viper 4G LTE which was the first smartphone launched for its 4G LTE network, just ahead of the Samsung Galaxy Nexus.

Sprint says that the update might be rolling out in stages and those that are checking for the update may not find anything. Instead, owners of the LG Viper 4G LTE should remain patient and wait for the software to arrive. 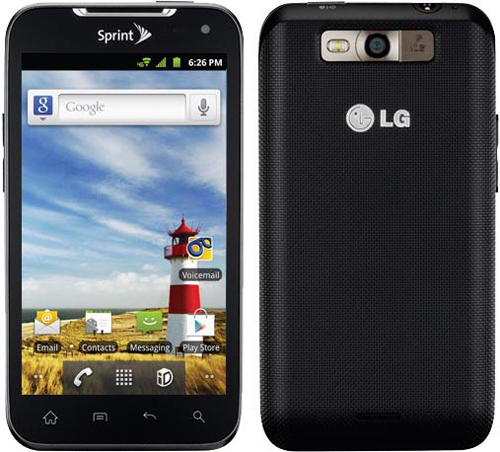 The LG Viper 4G LTE has beaten the HTC ThunderBolt to ICS.

Once the update does arrive, there should be a prompt that asks users to download and install the update. And once the software does install, users of the device will find a device that is much improved.

Android 4.0 Ice Cream Sandwich is a huge improvement over Android 2.3 Gingerbread bringing a host of improvements and features to the table. They include the new user interface, the improved lock screen, Face Unlock, resizable widgets, a better camera app and a better browser to name a few. Overall, it’s a huge upgrade over Android 2.3 Gingerbread and will be well worth the wait.

The HTC ThunderBolt, which arrived in March of 2011, and has been toiling on Android 2.3 Gingerbread since September of 2011. HTC and Verizon promised an Ice Cream Sandwich update for the device back in August but so far, the companies have yet to roll anything out leaving owners of the smartphone fuming and looking for answers.

Verizon is known for its extremely tough update standards and its devices are often beaten to the punch by its competitors because of them.