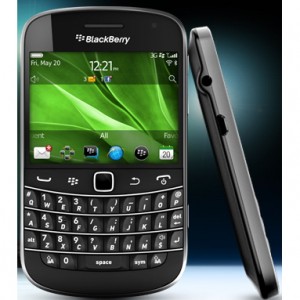 Given that Verizon Wireless had leaked the Blackberry Bold 9930 training video earlier this week, rival Sprint’s version of the Bold flagship phone may not be far behind. It’s unclear if the new BlackBerry Bold 9930 for Sprint will be a 3G CDMA-only model–perhaps with world-phone GSM capabilities for international roaming–or if the device will come with Sprint’s 4G WiMax support as well. However, given the Sprint document about the end of life for the HTC EVO 4G, Samsung Epic 4G, and a number of other devices, we also found out that the Sprint BlackBerry Bold 9650 will also be reaching the end of life in September. Given that the Bold 9650 will reach end of life in September and that Sprint and Sprint stores will no longer be offering the device for sale, Sprint and Research in Motion may have a solution ready prior to September.

The new BlackBerry Bold 9900 series will have a touchscreen, a slightly roomier keyboard, and much faster processor than current-generation devices. It will also run the new BlackBerry 7 operating system.