Given the popularity of Sprint’s original Novatel 3G CDMA MiFi unit, the successor may be just as popular. Engadget had posted press shots of Novatel’s next generation MiFi mobile hotspot router for Sprint’s 3G/4G WiMax network has emerged and shows an attractive, modern design. There isn’t much information in terms of launch date or pricing, but a CES introduction could be likely. 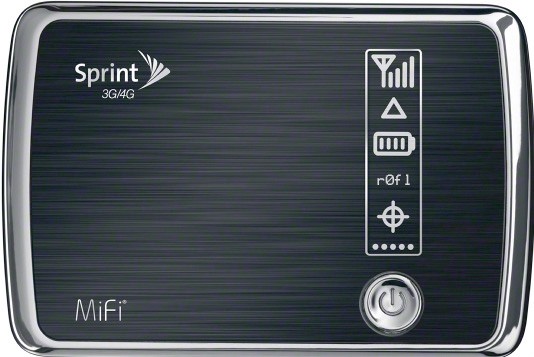 The Novatel 3G/4G MiFi would compete against the Sprint Overdrive, made by Sierra Wireless, in the same space. Despite the popularity of the Overdrive as Sprint’s first 4G-capable mobile hotspot router unit, users on several Internet forums have complained of overheating, poor battery life, and slow boot times.

If the device launches in 2011, it will face a battle with other products that are expected to launch on Verizon Wireless’s 4G LTE network. Rival T-Mobile is also expected to launch its own mobile broadband routers in early 2011 based on the carrier’s evolving HSPA+ network.