We’re finally learning more about Star Wars Battlefront including, a confirmation of the release date leaked by source code earlier this week and exactly where the game will sit in the Star Wars universe. 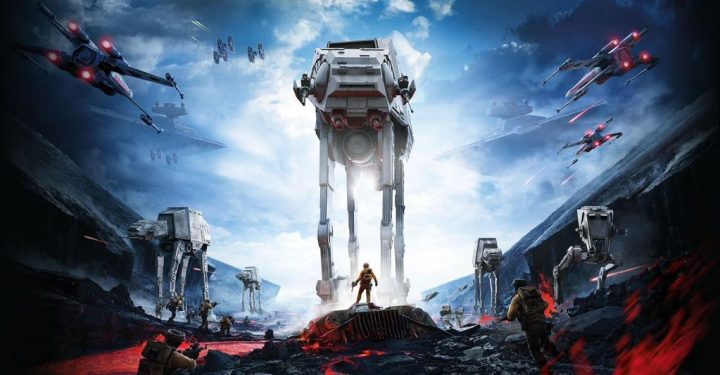 In that demo players first get a look at Endor the forest-like plan from the Star Wars movies. The demo lets users play as a human outfitted with some power-ups. There’s a laser rifle and an energy shield for protection. As enemies begin pouring out of Endor’s forest, players take their first shots. There’s tons of enemies and soon, enemy vehicles that pose a legitimate threat.

Players can change from first-person mode to a third-person camera at any time during the game. While this demo sounds more like a story, it’s actually not. Star Wars Battlefront doesn’t completely take place online and force anyone who doesn’t have an internet connection to rethink any plans they had to purchase the game. That’s important as many speculated that it would. Instead, users will have the option to play Battlefront Missions, a single-player only game mode, but there’s not a lot of information on that mode available at the moment. Walker Assault will drop 40 players at a time onto different planets. A minimum of 8 players will be required for most of the online experience. Players can recruit a partner and for character upgrade sharing and more.

Star Wars Battlefront does take place during the gap between Star Wars: Return of the Jedi and Star Wars: The Force Awakens, the first new film in the franchise since Disney purchased George Lucas’ entire production company. By the end of the Star Wars: Battlefront demo Lord Vader has appeared, fully prepared to destroy the Rebel Army all on his lonesome. As most suspected, having a release date earlier than the next Star Wars movie means Star Wars Battlefront won’t offer an early look at a lot of the battles from the movie. That being said, a special DLC pack will come to those who pre-order Star Wars Battlefront on December 8th. This free add-on will be the only place players can find out what happened to the crashed Star Destroyer we’ve seen in movie trailers for Star Wars Battlefront.

Players will be able to customize their characters with different shields and add-on abilities scattered throughout each Star Wars Battlefront map. The GameInformer report notes that users will be able to pilot AT-AT Walkers and take part in air battles using TIE Fighters and X Wings. Players won’t be able to fly these ships into space, but they will be able dogfight inside the atmosphere. The Millennium Falcon is just one of the ships available in these dog fights.