Starbucks will soon allow iPhone 5 and iOS 6 users to make payments with the new Passbook app, similar to the current gift card coffee payment options on the iPhone.

Starbucks confirmed the upcoming Passbook integration, for mobile payments with a Starbucks card, in a tweet sent on Friday.

The tweet doesn’t cover all details about the Passbook integration, but it does include the binary code for a smily face at the end. Starbucks’s absence from Passbook at launch was a surprise after Apple included the company in demonstrations of the Passbook app and show off a Starbucks card on the iPhone 5 on Apple’s site.

The Passbook app offers a number of features that aren’t present in the Starbucks iPhone app. The Passbook app is able to push location-based alerts for passes, so a user could turn on the option to see a lock screen alert when near a Starbucks. This is something users can turn off, which is a good thing given the prevalence of Starbucks in many cities. 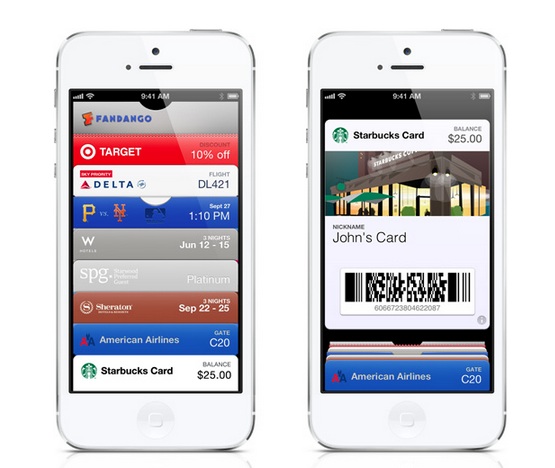 Swiping on the alert should open Passbook directly to the Starbucks pass.

After opening the app, users could show the Starbucks pass to pay for coffee at Starbucks, where a barista scans the on-screen barcode.

The Passbook pass will also show how much money is left on a user’s account.

Passbook is a new digital wallet app that installs with iOS 6 on existing iPhones and ships with the iPhone 5. Passbook can hold loyalty cards, gift cards, tickets and more. The app looks quite useful, but users encountered errors adding passes to Passbook and there are few companies with apps ready for the Passbook app in iOS 6.

There are a handful of apps that work with Passbook out of the box, including MLB apps for select games, Stubhub for select venues, movie apps like Fandango and Walgreens’ rewards card. Target is pushing mobile coupons to the Passbook app as well.

The video above gives a general overview of Passbook using user-created passes to show how the app might work in the coming months as companies offer support for Passbook in iOS 6.

How to Use Passbook

Users can already add passes to Passbook with a free site, but the service is not affiliated with Apple, so not everyone is willing to create a pass for a gift card.

Read: How to use Passbook

We’ve created Best Buy RewardZone passes and other loyalty card passes using this free tool, but not all stores are ready to accept them or can read the barcode created with this site. 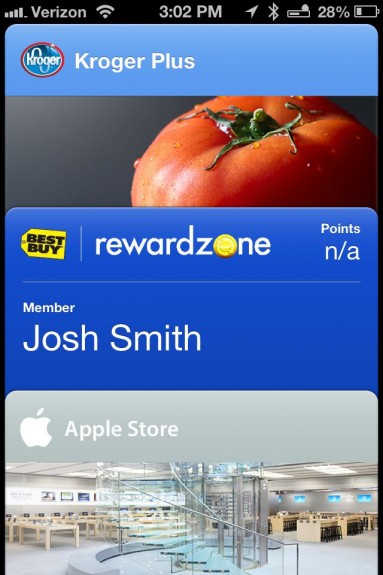 We expect that developers will add Passbook support for apps when updating for the iPhone 5 and iOS 6. It may take some time before every loyalty card and gift card can be left at home, but this app could speed things along for iPhone owners.