The Start Menu Could Be On Its Way Back to Windows

Microsoft will restore the Start Menu and change-up the versions of Windows that it makes available to users and businesses.

At least that’s according to Microsoft watcher Paul Thurrott, who shared what he’s heard about the next big update to Windows earlier today. According to Thurrot’s report, Windows “Treshold,” what’s he believes to be a code-name for the next version of Windows, will include a few changes designed to address the concerns of Desktop users.

For starters, Thurrott’s unnamed sources say that Microsoft will allow users to turn on a version of the Start Menu and Start Button that Microsoft removed in Windows 8. Though a change like that would contradict Microsoft’s stated goal of  convincing users to run things other than traditional applications, the company has already signaled that it’s willing to make concessions when it comes to enabling desktop users to maintain their previous workflow. Users can restore the Start Button with the Windows 8.1 update already. 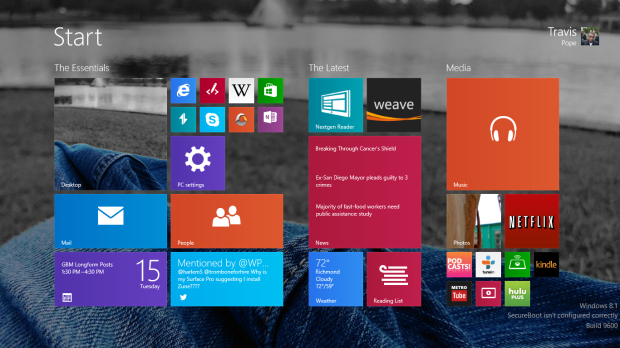 These same sources have confirmed to Thurrott that Microsoft will allow users to run Metro applications in the desktop, further blurring the line between what’s considered the Metro or Start Screen environment and the older and more traditional Desktop environment.

Today, the Start Screen has its own set of applications and is touch-friendly. On the other, hand the Desktop environment is the user interface Windows users have interacted with for years and has an unbelievably huge cache of applications. For example, iTunes, Apple’s iPhone management utility, runs in the Desktop.

Complimenting Thurrott’s news is a post from ZDNet’s Mary Jo Foley. Citing information passed on to her from unknown sources, its Foley’s assertion that Microsoft is reconsidering the versions of Windows it offers to users. Allegedly, device manufacturers could have just three versions of Windows to choose from going forward. One of these versions would be geared specifically towards users – like Windows RT –, another version would include what users think of as the traditional Windows experience. A final version would be made specifically for Microsoft’s enterprise customers.

According to Foley, users shouldn’t expect Windows “Threshold” until sometime in 2015.