According to a press release made available today. Ballmer will stay on as CEO while Microsoft’s Board of Directors works with a special committee it has created to oversee the company’s search for a new chief executive. Microsoft founder and Ballmer’s predecessor, Bill Gates heads up the Board of Directors.

Although many industry watchers will rush to point out that Ballmer’s announcement to leave comes less than a year after the company launched Windows 8, the forward-thinking and perhaps not as user-friendly update to the company’s Windows operating system, that doesn’t seem to be the case.

So far Microsoft’s Board of Directors is fine with the company’s performance. Although the Windows operating system has flat sells, and Surface RT tablets cost the company $900 million in charges this past quarter, the company has steadily improved its other core businesses. 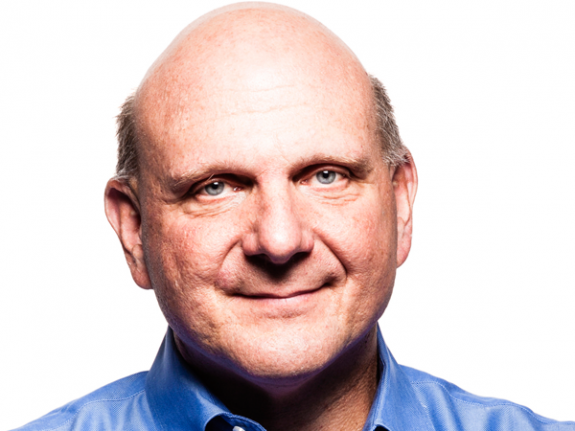 Ballmer joined Microsoft in 1980. Successful bets on products like the Azure cloud computing platform, the Xbox 360 gaming machine and Office continue to offset the flat sales of Windows. Microsoft has consistently posted higher revenue each year. Though Ballmer’s legacy may forever hinge on the bets he made with Windows 8, Microsoft’s most lauded operating system, Windows 7, was also developed on Ballmer’s watch.

An email sent to Microsoft employees by Ballmer, does shed a bit of light on the departure. According to Ballmer, his leaving now is simply about timing his leave with Microsoft’s ongoing transition to a devices and services company saying,

“I am writing to let you know that I will retire as CEO of Microsoft within the next 12 months, after a successor is chosen. There is never a perfect time for this type of transition, but now is the right time. My original thoughts on timing would have had my retirement happen in the middle of our transformation to a devices and services company focused on empowering customers in the activities they value most. We need a CEO who will be here longer term for this new direction.”

Until a replacement is named, Ballmer will stay on as CEO.

Regardless of reason, Ballmer’s retirement announcement comes just months after Microsoft announced that it would be reorganizing the company to make it a more nimble and agile competitor. For a company that finds itself trying to compete with Apple and Google for consumers, Microsoft will need to be nimble and agile if it hopes to remain competitive outside of the enterprise.