That and other gems have been posted by Andy Grignon, founder of Quake Labs and former Apple “F**kchop”, on his Geekli.st page, explaining the fate of the first iPhone call and why his Apple business card read “F**kchop”.

Andy Grignon, whose other credits include helping to start webOS and co-developing Dashboard for Mac OS, published recently on his Geekli.st page, a social (bragging) service in private beta, a charming anecdote about the historic first call ever received on an iPhone (or rather its rough prototype). 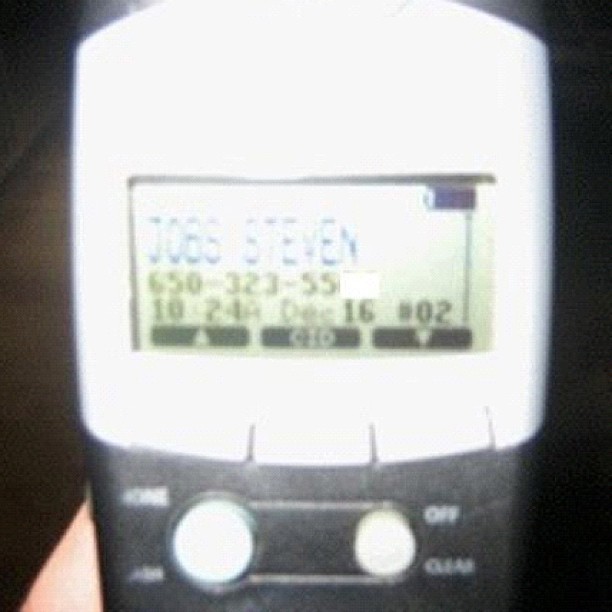 “Imagine seeing this on your caller ID! ;-) (I of course blocked out the last 2) Nothing made the blood in your head drain faster… on the plus side, we would quickly end up fixing the problem he was calling to complain about. That time. #gklst”

He further explained on Geekli.st:

I received the first call ever made on an iPhone (proto). But I didn’t recognize the number and sent it to voicemail.

Been there, done that. Quite the ignoble beginning for such an iconic device. And look how primitive and unrefined that prototype was: it has two buttons! :D

Thank you Mr. Grignon for giving us this fun peek at history. I imagine being part of that must make him feel like he’d received the first telephone call made by Alexander Graham Bell, if Bell had once called his assistant Watson a “F**kchop.”