The National Academy of Recording Arts and Sciences gave the Grammy Trustees award to Steve Jobs posthumously for his dedication to music and the impact he had on the way we consumer and create music.

The Grammy Trustee award is given annually to, “individuals who, during their careers in music, have made significant contributions, other than performance, to the field of recording.”

The Grammy Trustee award was accepted by Eddy Cue, Vice President of Internet Software and Services, who is in charge of iTunes and was a friend of Jobs. You can watch his acceptance of the Grammy Trustee Award for Steve Jobs below. 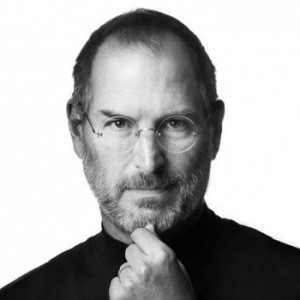 The Grammy Trustee Award has gone to major innovators, inventors and musical groups. Past winners include The Beatles, Thomas Edison, Walt Disney, Les Paul and many others.

The recording industry gave two other Grammy Trustee awards this year. They honored Dave Bartholomew, a musician and bandleader known for capturing the music of New Orleans, and Rudy Van Gelder, a recording engineer known for his work in jazz.

Yo-Yo Ma shares a letter of congratulations and remembrance of Steve Jobs on the Grammy web site, recalling memories of Jobs and his life, including the time Jobs shared a look at the prototype iPhone with Yo-Yo Ma before it was announced.