With the news that Apple contract manufacturer Foxconn will raise wages to compensate for cutting hours, people are starting to wonder what this will mean for manufacturing costs in China. Everyone who builds in China is worried. Except Apple.

While the focus of the Foxconn labor issues has been on Apple, the truth is every major tech manufacturer contracts with Foxconn, including Microsoft, Nokia, Dell, HP, Samsung and nearly any other har you can name. All of them are affected when labor costs go up at Foxconn. Dell and HP, in particular, are already on record as contemplating how to assume or pass on these higher costs, as will everyone else. Except Apple.

Apple, unlike their competitors, doesn’t have to worry about rising costs. They literally have more money than they know how to spend. Their manufacturing labor costs could double and they’d still be more profitable than all their rivals combined. They can easily absorb any foreseeable labor cost increase while rivals, like the hurting Dell and HP, will struggle. And Tim Cook knows it. 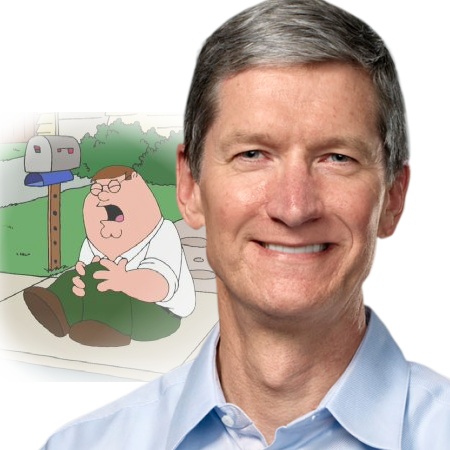 For all the pale comparisons against the legendary Steve Jobs, people seem to forget that Apple’s former COO turned CEO Tim Cook is the man who established Apple’s manufacturing system in China. He, better than anyone in the west, understands the Foxconn factories and certainly knew what would happen when he brought in the FLA in response to public protest. But he also knew increased labor costs would hurt Apple’s rivals far more than it would Apple. Most impressive is how effortlessly he carried this out.

If there was no public outcry to do so, Apple could never have gotten away with a wage increase that affects the entire industry. Had they tried to do this unilaterally without public pressure, their rivals would have fought them tooth and nail. The red flag of monopoly and anti-trust would have been raised against Apple’s attempt to hike prices on everyone.

But thanks to embellishers like Mike Daisey, Apple did it with no resistance whatsoever. Apple exerted unilateral, monopoly-like control over Foxconn’s wages, which will absolutely impact manufacturing costs throughout China, and no one dares to speak out. If you don’t like it, then you’re the bad guy who supports sweatshop labor. Dell, HP and the rest have no choice but to smile and figure out where they’re going to absorb costs or raise prices. Apple, on the other hand, comes out looking like a hero and all it costs them is some of that money they’re not even using. It was a brutal assault on their rivals’ bottom line executed under the guise of nobility and compassion.

Perhaps under other circumstances an extra dollar per unit on labor wouldn’t be an issue for anyone, but we’re not living under those circumstances. Dell and HP are already reshuffling their cards as PC revenue continues to shrink. Phone makers have been fighting over the same pot of money for the past five years (nearly all revenue growth has been Apple’s). The tablet market consists of the iPad and bunch of loss-leaders. Increased costs aren’t merely an inconvenience for some of these companies; it’s another stab at their stagnant or withering wallets. The big exception, again, is Apple. More importantly, there’s no reason to believe there isn’t more to come, prodded along by an independent, third-party auditor.

Steve Jobs still deserves supreme credit for building Apple into the titan it is today, but Tim Cook proved this week he is not to be underestimated. He’s the man who just clubbed Apple’s rivals in the kneecaps. No need for a reality distortion field when reality looks like this.

Images via Apple and the Family Guy Wiki