A Straight Talk iPhone is once again a tempting option for many users now that the company is selling AT&T Straight Talk SIM cards for $15, just in time for the iPhone 5S release and a flood of used iPhones.

The Straight Talk iPhone became less attractive without an AT&T option after the AT&T compatible SIM cards disappeared in early 2013, leaving users of GSM iPhones to rely on T-Mobile’s network for connectivity.

Starting this week the Straight Talk Bring Your Own Phone website is now selling AT&T Sim Cards that can work with the iPhone and Android devices, though users may need a SIM card cutter if they plan to use it with the Apple iPhone 5.

With either of these new AT&T Straight Talk Sim cards users can use AT&T smartphones to connect to AT&T towers. While they will not get LTE, most devices will connect to AT&T’s speedy 4G HSPA+ network.

Straight Talk is a pre-paid carrier that offers the iPhone 5, iPhone 4S and iPhone 4, but also allows users to bring their own iPhone or Android device. The ability to use an AT&T iPhone on Straight Talk without unlocking the iPhone or buying direct from Straight Talk makes it much more affordable to get an iPhone without a contract. 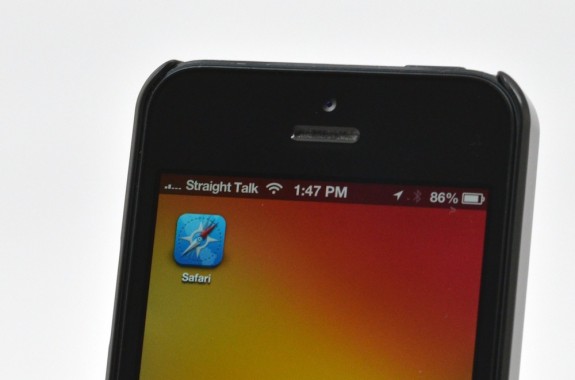 Look for cheaper options to get a Straight Talk iPhone with AT&T service as the iPhone 5S release arrives.

With the return of the AT&T Straight Talk SIM, it’s a good time to look at Straight Talk again as a cheap iPhone carrier that doesn’t ask users to deal with the lack of coverage like the $30 T-Mobile plan available at Walmart.

AT&T iPhones will work on Straight Talk without the need to do anything but change a few settings, which means picking up a used iPhone 4S or iPhone 4S on Craigslist is a good option.

When the iPhone 5S release arrives, likely in mid-to late September we should see a lot of used iPhone 5 and iPhone 4S units up for sale online. It is also a good time to look at buying an old iPhone from that co-worker or friend that always needs the latest iPhone model.

If you are thinking of switching to a Straight Talk iPhone keep in mind that some users report Straight Talk cutting them off for using more than 2GB of data on an unlimited data plan. This is because Straight Talk prohibits video streaming, so plan on using WiFi for Netflix and YouTube. These services work on Straight Talk, but could lead to the company dropping a user. There is no hotspot access, so you can’t share the data with other devices.