It’s been known that many humans will breakout with acne under stress, and the same could also be said about certain electronics. Users are reporting that the LG G Flex could also develop bumps on the display when stressed or flexed too often. Fortunately, though, if you choose to believe the South Korean manufacturer, LG says that these bumps do not affect the performance of the smartphone.

The LG G Flex is one of the first smartphones with a flexible display, and unlike the competing Samsung Galaxy Round, the G Flex could be forced to flex and unflex the curvature of the display without any breakage or damage to the screen, materials, or internal components. However, as it is discovered by the Korea Times, flexing the display too much and stressing the flexible display could cause bumps, or in this case electronic acne, to develop. 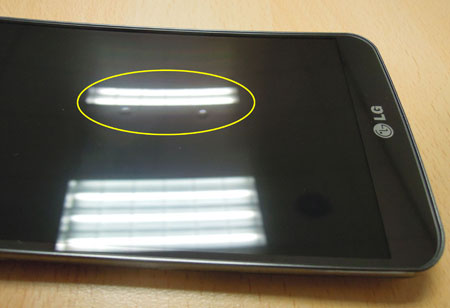 “Because key components inside the G Flex such as the glass cover, OLED display, battery and frame are elastic, excessive or frequent force that flattens the device may produce bumps,” LG said in a statement. “The issue has no relation to the performance and quality of the device.”

The bumps will disappear over time, though impatient users could also press down on the bumps to get rid of them if they don’t want to wait.

Though not currently available in the U.S., the G Flex is slated to arrive on AT&T Mobility, T-Mobile USA, and Sprint.