Yesterday marked the official start to the 2014 MLB regular season, appropriately called “Opening Day”. However, today is when the real action starts, with multiple games taking place throughout the day. For spectators looking to get a deal on an Opening Day ticket, the StubHub iPhone app might not be the place to look, since many users are reporting crashes and freeze-ups with the app.

Twitter is storming with complaints of the StubHub app for iPhone, with mostly iPhone 5s users reporting that the app crashes every time they try to open it. StubHub’s own Twitter page is full of replies to concerned users saying that the company is aware of the issue and is working to resolve it as quickly as possible. 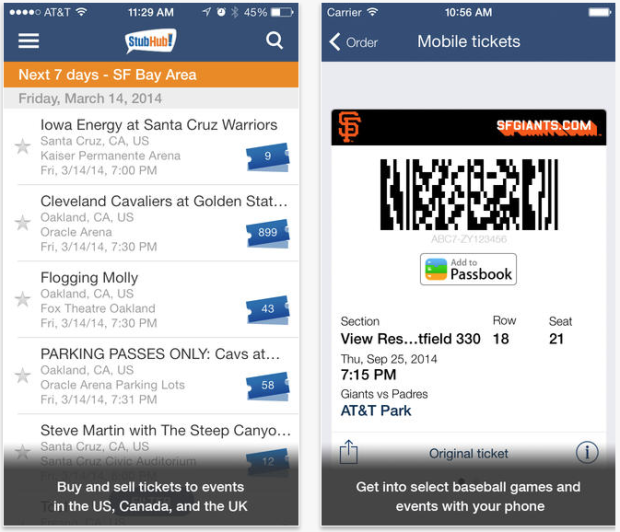 So what happened? StubHub updated its iPhone app on March 29 over the weekend, which was the day before the MLB regular season kicked off. It seemed like a great time for an update, considering that many users would flock to the app that next week to score an Opening Day ticket to their favorite team’s game. However, the update ended up doing more harm than good.

Now, the update is simply just bad timing and bad luck; they updated the app without giving it enough time to text the waters out in the public, so now StubHub has to deal with angry customers who can’t get a ticket to Opening Day anymore.

MLB Opening Day officially began on March 30 when the Los Angeles Dodgers took on the San Diego Padres. There was only one game that day, so March 31 can be seen as the Opening Day for most baseball teams around the country, with some clubhouses not playing until the turn of the month.

If you’re wanting to get tickets to an Opening Day game for your favorite team, StubHub is one of our favorite avenues for such situations, but we would avoid the iPhone app until the company fixes it. Until then, you can still browse StubHub’s website to score a ticket, and that’s probably the best way to go if you can get near a computer, but we don’t blame you if you need access to the mobile app; many avid sports fans buy tickets at the last minute and simply bring up the ticket on their iPhones on their way to the game, which is a great way to go, but seeing how the app is broken, that leaves many ticket buyers hanging out the dry.