Clever gamers have used Minecraft, the survival and sandbox game that’s captured the heart of millions, to create tons of cool things over the years like a scaled down Enterprise from Star Trek: The Next Generation and a replica of Hogwarts Castle from the Harry Potters series of movies. Video of a fantastic new Minecraft creation has enthusiasts excited this morning. One Minecraft user created a smartphone with working video calling in the game.

CaptainSparklez, an intrepid Minecraft players constructed a smartphone within the game that comes complete with video calling. What’s more, the phone has a working internet browser that allows users to see web pages. The cell phone towers high over the Minecraft landscape. The fake device’s screen is made up of hundreds of individual blocks working in unison. Websites and video are sent to a web service outside of Minecraft. That service then tells Minecraft which blocks to show on the smartphone’s screen. 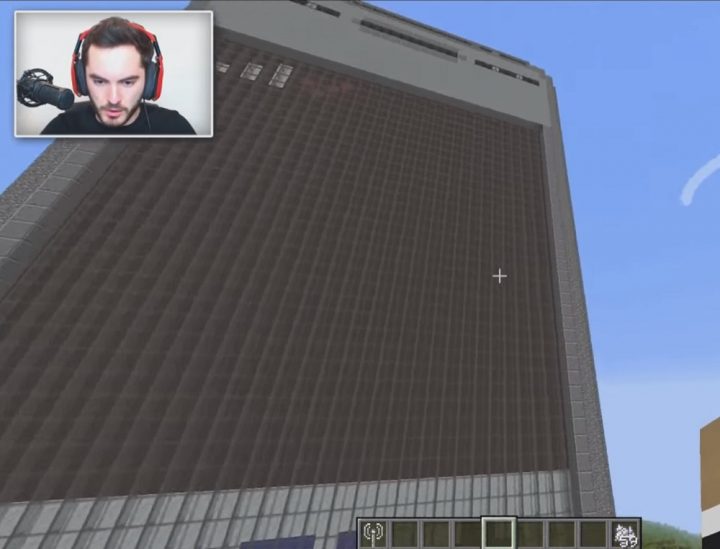 Besides the device itself. The environment includes multiple cell phone towers around it. The code to create the Minecraft phone and more is available on website Github for users to download.

The Minecraft phone is a partnership with American Wireless carrier Verizon. CaptainSparklez produces YouTube Videos and Twitch streams. Both his videos and streams include other stunning Minecraft creations. For example, he has some very cool Minecraft animation videos available on his YouTube Channel.

Originally developed by Mojang, Microsoft purchased the studio and the game roughly two years ago. This year’s releases include updated versions of the Minecraft Pocket Edition and Minecraft Windows 10 Edition for users who’d rather download the game directly from the Windows Store. The franchise also took steps into new territory this year. Minecraft Story Mode is an episodic adventure game that arrived on smartphones, tablets and PCs earlier this fall. Developed by Telltale Games, it dumps gameplay from the main titles in favor of a story that takes place within the Minecraft universe.