Phone subsidies–a practice that results in carriers offering customers steep discounts for buying a new smartphone if they commit to a two-year term–may soon be a thing of the past. T-Mobile USA has paved the way for this iniative with its UN-carrier movement and now rival AT&T may soon be following the lead of the nation’s fourth largest carrier. Though AT&T has warmed up to this idea before, but CEO Randall Stephenson seems to want to push in this direction.

“When you’re growing the business initially, you have to do aggressive device subsidies to get people on the network,” CNET reported that Stephenson had said at an investor conference. “But as you approach 90 percent penetration, you move into maintenance mode. That means more device upgrades. And the model has to change. You can’t afford to subsidize devices like that.” 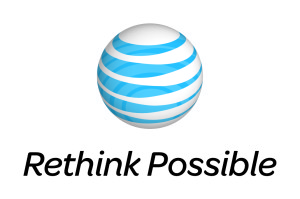 It looks like Stephenson wants to push AT&T to offer reduced rate pricing, but to charge customers full price for the phones. In the case of the iPhone, this means customers looking at Apple’s flagship smartphone would have to shell out a minimum of $650 depending on configuration, rather than the entry price of $200 with a contract, resulting in an additional $450 up front payment for the hardware.

AT&T has already begun to move in this direction when it unveiled new data plans for it AT&T Next offering, which removes subsidies from the equation for more flexible upgrade terms. Additionally, AT&T also recently made changes to its Mobile Share Value Plans by removing the contract portion from the equation in addition to any device subsidies in exchange for even lower monthly pricing. Users would have to pay full price for their devices or bring in their own unlocked phones.

“If you are a customer and you don’t need to upgrade your device, you can get unlimited talk and text and access to the data network for $45 all-in,” he said.

The smartphone market is constantly evolving. AT&T had broke the mold a few years ago by ending its practice of offering new customers the option for an unlimited data plan, and other carriers followed subsequently.

And as more devices connect to the network–like appliances, the home, and the smarter car of the future–basing pricing on usage, rather than subsidies and contracts may be the most fair. After all, though your dishwasher and your car may connect to AT&T’s 4G LTE network, AT&T likely won’t be subsidizing it. In this case, wouldn’t it be better to just pay a cheaper connection fee for network use?