Not since the arrival of Pokémon GO have we seen the kind of fervor Super Mario Run is seeing. First teased at an Apple Event this fall, Super Mario Run is the third Nintendo-related experience to arrive on iPhone this year. It’s the first game to come out of the partnership the company revealed with mobile developer DeNA some time back too. As with the very first games in its iPhone line-up, there’s lots of excitement and plenty of early Super Mario Run problems to consider.

For some, the mere act of purchasing the game is a bit confusing. Super Mario Run costs $9.99 for the complete experience. Right now, Nintendo is letting iPhone and iPad owners download a limited version of the game free of charge. Simply finding the button to buy the game and some in-game extras is a bit confusing. Other Super Mario Run problems reportedly include the game not allowing users to link to their Nintendo account, stuttering on older devices and problems with the game working offline. 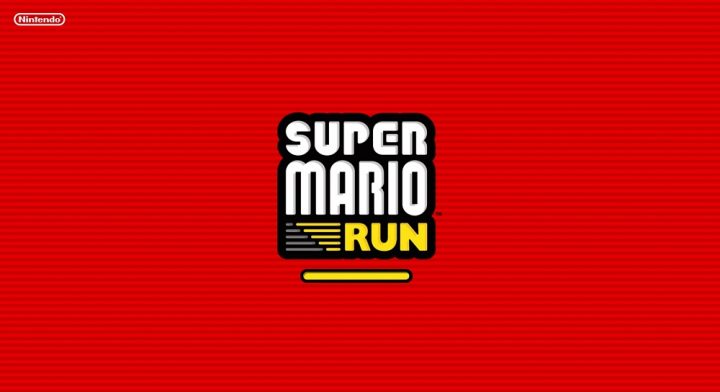 Here’s how to fix Super Mario Run problems and get back to enjoying and appreciating Nintendo’s latest foray into smartphone gaming.

First things first, Super Mario Run is not available on Android yet, and any app using its likeness or claiming to be the Android release is fake. Avoid these game downloads. Don’t attempt to jail break your iPhone to get an “unlocked” free version of the iPhone and iPad release either. You’re putting your device’s security at risk.

Super Mario Run Problems & Fixes: How to Buy It

Buying Super Mario Run is a bit confusing. First, it’s not available on Android at all. Second, its $9.99 coverage charge has been talked about a lot. Instead of offering two versions of the game, one free and one paid, Nintendo opted to make just one version and offer it as a free download. 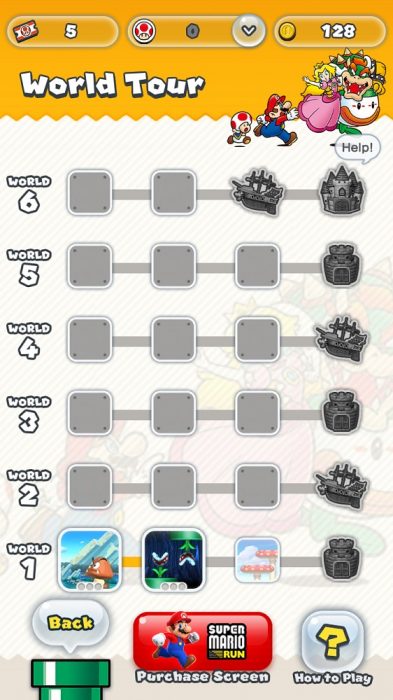 Don’t be fooled, with the free download, Nintendo is still letting users purchase the game; you’ll need to buy it to unlock all of its worlds. You’ll find the Buy button when you tap or click on the Tour pipe along the bottom of your screen. Look for the button labeled Purchase Screen.

When you purchase the game during the free download period you get access to all of the game’s different worlds, 20 Rally Tickets, 3000 Coins, and a Mystery Block that has one unlock. After purchasing some users say that they don’t see these items in-game.

If you’ve purchased the full title, go to the game world and look for the red and white present in the top-right corner of your screen. Nintendo calls this the Gift Box.

Toad Rally is a new form of multiplayer for Nintendo. You and a friend compete for the most Toad accolades and Coins in a single run through. Rather than let users do this as many times as they want, Nintendo and DeNA have locked Toad Rally behind Rally Tickets. You get 20 Rally Tickets when you start the game, but it’s up to you to earn more through completing worlds and unlocking bonus games. You can also purchase them with rewards points through My Nintendo.

Read: How to Get Super Mario Run Rally Tickets & What They Are

If Toad Rally won’t work for you, you need more Rally Tickets.

Sometimes Super Mario Run will get stuck on a loading screen. This is by design.

If you’re only seeing the game’s loading page it’s because you’re not connected to the internet through your mobile provider or by Wi-Fi. Without a mobile connection, the game won’t load, Nintendo confirmed this just before launch. This means that on long car rides you’ll only be able to play as long as you have a signal. The same goes for train rides. Those on planes should still be able to play the game by purchasing internet access through a company like GoGo. 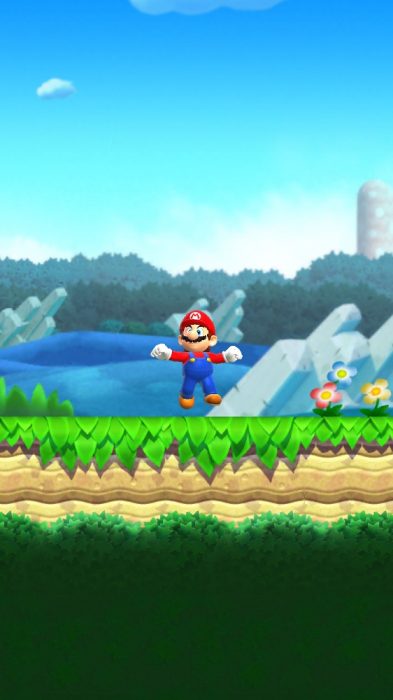 One of the first things you’re asked to do when you open Super Mario Run for the first time is to link the game to your Nintendo Account. Right now, that page doesn’t seem to be working correctly. One shortcut is to go ahead and skip that screen altogether. Once you’ve gone through the games tutorial, look for the My Nintendo/Nintendo Account bubble in the top-right corner of your world.

As you earn Mission Coins and Toad Rally Tickets, be sure to access them from the Gift Box. You get these items for things like adding friends, linking to your Nintendo Account and more.

Note that some Mission Coins require that you purchase the game outright. 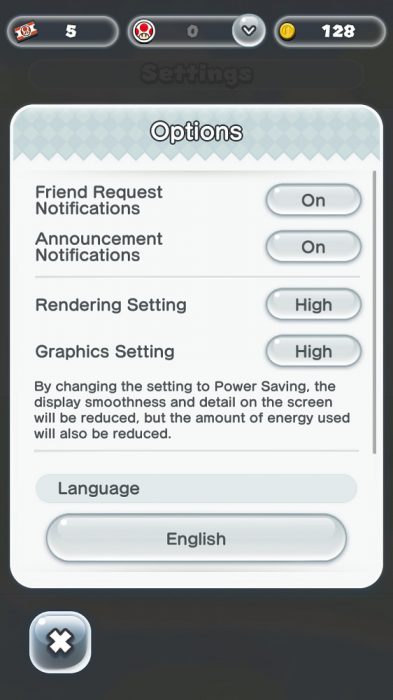 If for some reason Super Mario Run won’t run without quickly killing the battery life of your older iPhone or iPad don’t fret. Super Mario Run has controls put into it so that you can get it running a little better on your hardware.

Tap the Menu button. Then tap Settings. Tap Options. Now flip the settings for Rendering and Graphics to Low by tapping on them. This should save you some battery power.

Gotta Be Mobile will continue to update this run down of Super Mario Run problems and fixes. The game is  available to download from the iTunes App Store now, but won’t come to Google Play until 2017.