LG, makers of the Nexus 4 and the LG Nitro, debuted what they’re calling the world’s slimmest wireless charger.

Though its official name, the WCP-300, doesn’t exactly do it any favors when trying to capture the imagination of consumers, the impossibly thin, 6.9cm charger packs an electromagnetic induction technology that allows it to wirelessly charge a host of devices that use the Qi standard.

In theory, that Qi certification means that you won’t need to own an LG device to take advantage of the WCP-300, other Qi compatible devices like Nokia’s Windows Phone based Lumia series and the Windows Phone 8X by HTC for Verizon can also be used with this new charger. Samsung’s Galaxy S3 will also be able to take advantage of the technology with a Qi replacement back, and it’s also a feature rumored for the Galaxy S3’s highly anticipated successor, the Samsung Galaxy S4. Gotta Be Mobile took a look at the Nexus 4 wireless charger last week and found it is a great Nexus 4 accessory. 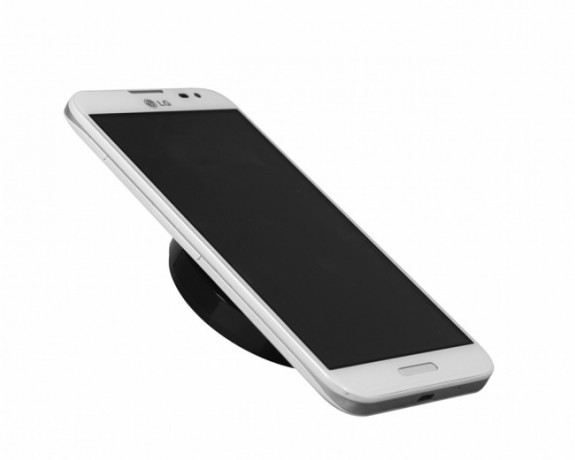 The LG WCP-300 is a thin wireless charger, which LG claims is the world’s thinnest.

With a device and charger, users will never need to plug a power cord into their device for any reason other than transferring data. For many users that translates to being able to seamlessly move between their home, and office. The technology would be particularly potent for those already employing wireless technology in their cars; users could just set their phone down on a charging pad in the car and together with Bluetooth radio, never do any other kind of setup.

As the smartphone race heats up, manufacturers have to compete with each other on every possible innovation that might improve the user experience for its consumers. For LG’s part, in a press release announcing the new device, LG Mobile Communications CEO, DR. Jong-seok Park declared “wireless charging [is] the holy grail of smartphone user convenience”, further stating that “With the WCP-300, LG was able to deliver both portability with top-class charging capabilities in a device no larger than a typical beverage coaster.” F

or many, conveniences like wireless charging will make all the difference as they choose their next smartphone, particularly in today’s sea of similarly designed slate devices with touch screens.